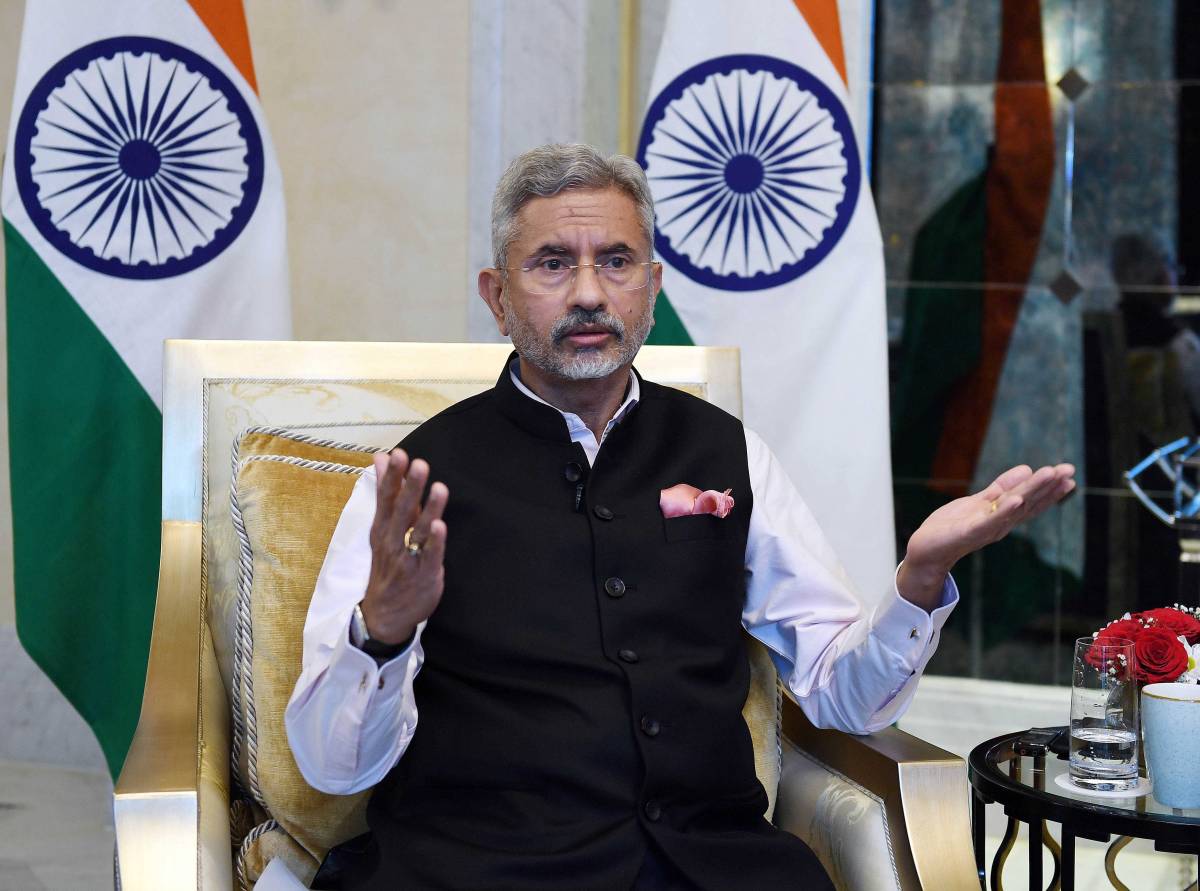 India and UAE have not realised the full potential in many areas of bilateral relations, New Delhi’s top diplomat told Emirates News Agency, adding that newly emerging domains during and after COVID-19 will open up fresh opportunities for both countries.

Dr. S. Jaishankar, External Affairs Minister of India, also said that Abraham Accords will help grow the UAE’s position as a logistics hub for the rest of Asian economies, benefiting India as well.

In an exclusive interview with WAM on Thursday evening in Abu Dhabi, he expressed confidence that the new US administration under president-elect Joe Biden will continue the existing excellent ties with India because of structural linkages between the two countries and personal rapport between leaders.

“There are a lot of areas, which have not realised the full potential,” Jaishankar said about the UAE-India relations.

“As you get to know each other better and work more together, the potential keeps growing,” he added citing an example of energy sector. “Ten or 15 years ago, we would have said, ‘You are the supplier, and we are the purchaser.’ Today, we have reimagined that energy relationship in a very different, more collaborative way.”

During his visit to the UAE, Jaishankar had met with His Highness Sheikh Mohamed bin Zayed Al Nahyan, Crown Prince of Abu Dhabi and Deputy Supreme Commander of the UAE Armed Forces, and H.H. Sheikh Abdullah bin Zayed Al Nahyan, the UAE Minister of Foreign Affairs and International Cooperation.

New domains during and after COVID:

Talking about new opportunities for collaboration with the UAE during and after COVID-19, the Indian official said, “I think there are many new domains such as digital [technology, economy] and health security.”

He added, “We know that the world will be more digital now. We have also woken up to the possibility that health issue can be like a cyclone a natural disaster with real massive implications.”

In the past, national and global security was associated with threats of violence or attacks from terrorist organisations, but today, along with food security and financial security, health security is going to be a new domain, the foreign minister pointed out.

“However, there is also a realisation that you cannot have security for some [leaving others behind]. Maybe in economics and food you can get away with it – somebody can go hungry, but you are okay. But if I have coronavirus, you are not going to be okay. So today, nobody is okay until everybody is okay, which means we have to rethink how health security is going to work,” he said.

A country like the UAE with its imagination, networking and digital strengths has a big role to play in health security, Jaishankar, who was appointed as India’s Minister of External Affairs in 2019, affirmed. “I am particularly impressed by the UAE and others in the region because they have taken such good care of people – their own people and expatriates.”

As the UAE is home to the largest Indian expatriate population in the world, Jaishankar official thanked the government for “looking after” his compatriots. “I came to the Gulf primarily to express to their leadership, especially that of the UAE, a very profound gratitude for the manner in which they have looked after the Indian community during the period.

The Abraham Accords between Israel, the UAE and Bahrain will impact the entire world, not the region only, the top diplomat said, adding that it will bring new economic combinations and create new logistical opportunities for the countries in the region and beyond.

“India is committed to a two-state solution. We do believe that there should be direct negotiations between Israel and Palestine.”

Asked about his expectations about the approach of the new US administration under Joe Biden towards India and the Middle East, he said, “In international relations and diplomacy, you can have a fair sense of the direction of policies, but I will be a little cautious in predictions, especially when it comes to the Middle East, because many things have changed in the last few years.”

He continued, “What I can say with regards to India, we have very strong confidence that the direction of Indo-US relations, which have gone steadily upwards in the last 20 years, to continue to do so.

“So, when president-elect Biden assumes office, I see no reason why this trajectory should not continue the same way. It is continuing the same way because I think it has become bigger than personalities. There are structural linkages between India and the US.”

Security interests, defense, economics, strong technology bonding, people-to-people connections and education are also a “major bridge” between India and the US, he explained.

“I think these have created that upward trajectory and they will continue supporting it. I’m very confident about it,” he added.

Jaishankar is confident that the positive approach of Joe Biden towards India will be a continuation of his predecessors.

“They are all people we know. President-elect had visited India when he was Vice President in the Obama administration. We also know him and his senatorial incarnation. He was very, very supportive to us for the India-US nuclear deal,” he said.

“Prospective Secretary of State Antony Blinken again is a very good friend of mine and was my counterpart when I was Foreign Secretary. So, we know each other very, very well and worked very closely.”

“I think these are known figures. You have a good sense of their thinking. I know how they feel about India and the relationship,” he said. “I feel we should really in fact look forward to working with them to take this to a higher plane.”