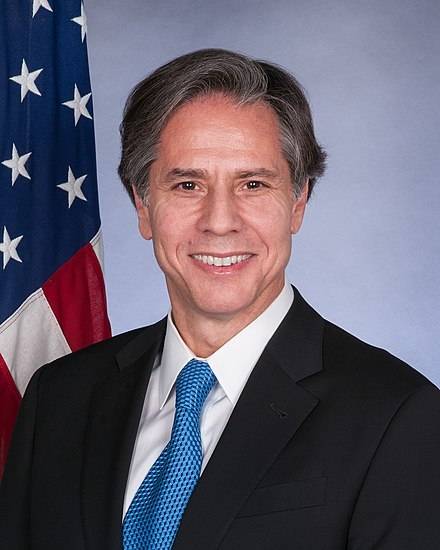 US President-elect Joe Biden is expected to nominate top Obama-era diplomat Antony Blinken as Secretary of State, setting the ball rolling for a global reset of America’s alliances skewered by four years of Donald Trump’s unique brand of politics.

Blinken, 58, has served as Deputy Secretary of State and Deputy National Security Adviser during the Barack Obama administration. He was a foreign policy advisor to Biden’s 2020 presidential campaign.

The news comes even as Donald Trump refuses to concede to Biden and continues to lob legal challenges as a “revenge” tool, according to people familiar with Trump’s thinking. The 2020 US election was called for Biden, on November 7.

The New York Times and the Washington Post are reporting that Biden has already “chosen” Blinken. There’s no official word yet. Others on the shortlist for America’s top diplomat: Susan Rice and Senator Chris Coons. A potential Rice pick comes with political baggage that would face stiff opposition in the Senate.

Biden’s first wave of Cabinet picks are expected to be announced Tuesday, November 24.

“You’re going to see the first of the president-elect’s cabinet appointments on Tuesday of this week,” Biden’s chief of staff Ron Klain told ABC News on Sunday.

Post-election, Biden has promised that his Cabinet will look like America and will be the most diverse in the country’s modern political history.

Talk has been swirling about more glass ceilings that could be shattered. Will Biden nominate a woman to head the Pentagon, the Treasury or the Department of Veterans Affairs? Also being closely watched is whether Biden will pick an African American to head Defense, the Interior Department or Treasury.

Biden’s running mate and now Vice President-elect Kamala Harris is the first woman, the first South Asian and the first African American to ever ascend to the highest political office in the United States.

Biden said in televised remarks last week that he has already decided on his Treasury pick, someone who will be agreeable “for both the moderate and progressive sides of the party”.

Klain said plans for the January 20 inauguration are also underway, although it will be transformed by the public health imperative of the still-raging pandemic, which has killed more than a quarter million Americans in 10 months.

“They’re going to try to have an inauguration that honours the importance and the symbolic meaning of the moment, but also does not result in the spread of the disease. That’s our goal,” Klain said.