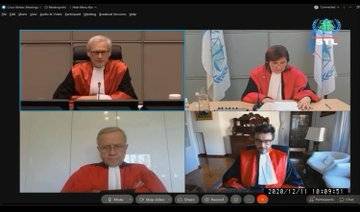 A trial chamber of the Special Tribunal for Lebanon has sentenced Hezbollah member Salim Jamil Ayyash to life imprisonment for conspiring to assassinate former Lebanese Prime Minister Rafik al-Hariri in a 2005 bombing.

The UN-backed tribunal, based in The Hague, unanimously found Ayyash guilty on August 18, 2020, of being a co-perpetrator with five charges against him, including homicide, committing a terrorist act and using an explosive device.

Three alleged accomplices were acquitted due to insufficient evidence.

He was killed along with 20 others during a suicide bombing on February 14, 2005, in Beirut.

The attack left at least 226 injured.

Following the sentencing, UN Secretary-General Antonio Guterres called on the international community to continue supporting the Special Tribunal for Lebanon, which is an independent court of law established at the request of the government of Beirut.

“The Secretary-General takes note of today’s delivery by the Special Tribunal for Lebanon of the sentencing decision of Salim Jamil Ayyash to five concurrent sentences of life imprisonment,” Stephane Dujarric, spokesman for Guterres, said in a statement.

The Secretary-General’s thoughts are with the victims of the attack and their families.

The sentencing reflects the international community’s commitment to justice for the terrible crimes committed on that day, said the statement.