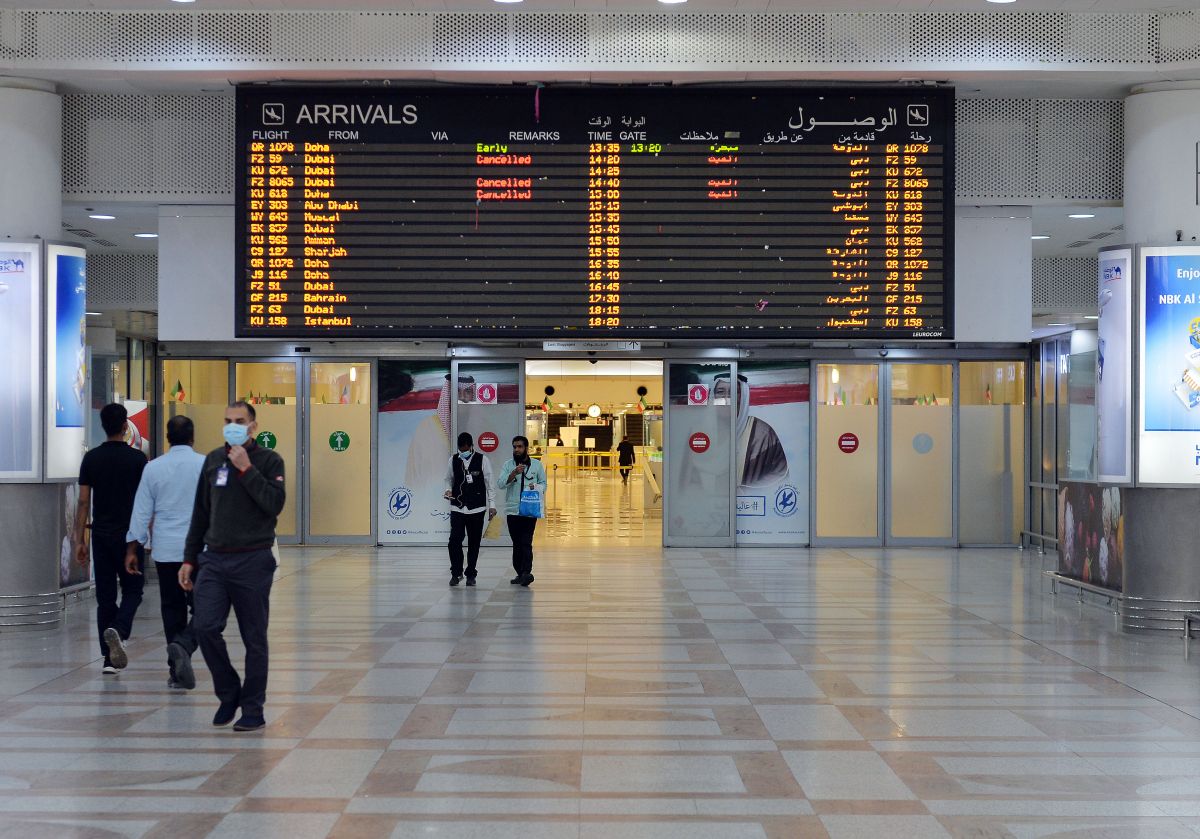 Currently, the travel ban is imposed on 34 countries, after the government added France, Argentina, Afghanistan and Yemen to the list, and removed Singapore….reports Asian Lite News

.Authorities at the Kuwait International Airport have submitted a proposal to end the travel ban and enforce a mandatory 14-day institutional quarantine in the country amid the Covid-19 pandemic, it was reported.

Saleh Al Fadaghi, the airport’s Director of Operations, said that if the proposal was accepted, it would require the coordination of three governmental entities: the General Administration of Civil Aviation, the Ministry of Health and the Ministry of Interior, Gulf News reported on Monday.

The new proposal comes after authorities realized that many expats were quarantining for 14 days in neighbouring Gulf countries before coming to Kuwait, which according to the official has posed as an obstacle to many.

This is not the first proposal that the airport had presented to the government.

Last month, a similar proposal was submitted that called on the government to allow travellers arriving from the 34 banned countries to quarantine in facilities in Kuwait instead of abroad.

Nationals from the barred countries are able to enter Kuwait but are required to quarantine 14 days in a non-banned country before arriving in Kuwait.

It has been over two months since Kuwait enforced a travel ban on a number of countries the government has deemed as “high risk”, Gulf News reported.

The travel ban was first announced on August 1, hours after the Kuwait airport resumed commercial travel, and originally included 31 countries.

Currently, the travel ban is imposed on 34 countries, after the government added France, Argentina, Afghanistan and Yemen to the list, and removed Singapore.