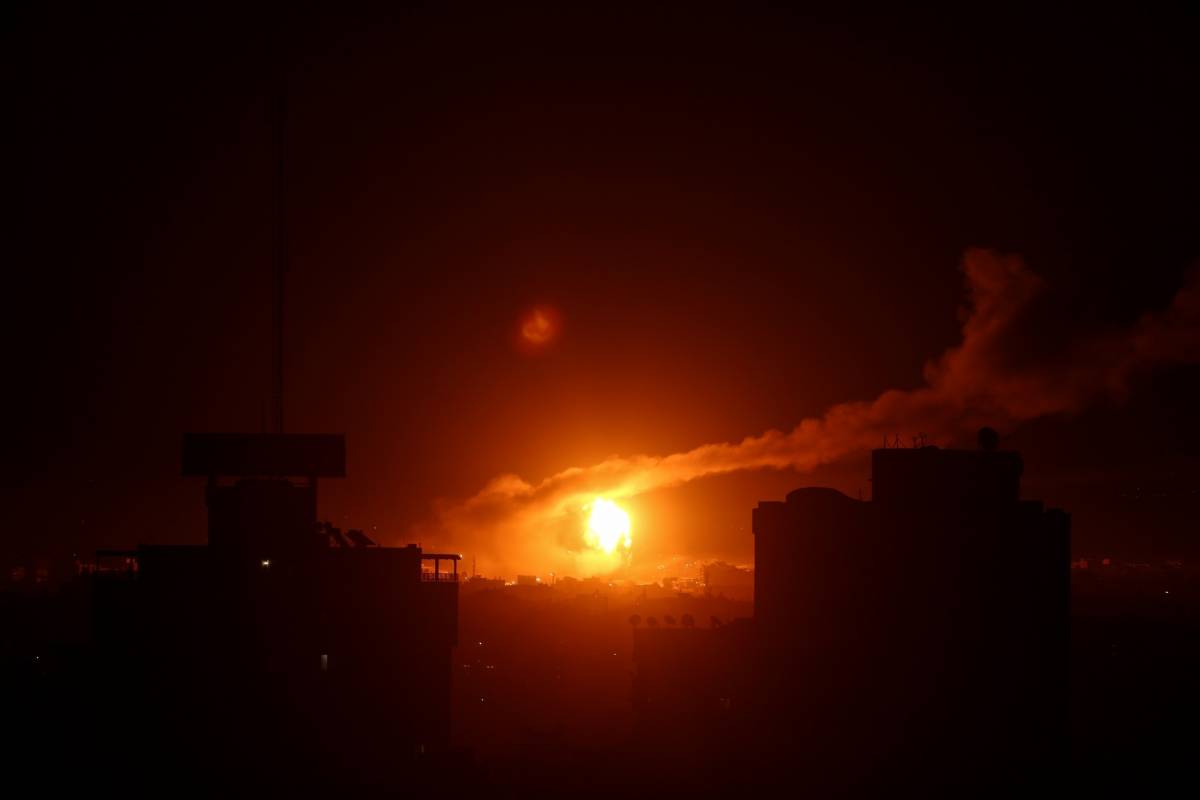 An Israeli military spokesperson said in a statement that the jets struck Hamas military targets, including a tunnels…reports Asian Lite News

The Israeli military said on Monday that its warplanes struck sites belonging to the Hamas in the Gaza Strip after two rockets were fired from the besieged Palestinian enclave.

An Israeli military spokesperson said in a statement that the jets struck Hamas military targets, including a tunnels, reports Xinhua news agency.

The two rockets fired earlier from the Gaza Strip fell in the sea before reaching Israel, according to the Israeli military.

There were no reports of injuries on both sides.

It was not immediately clear which group in Gaza fired the rockets but the spokesperson said that Israel considers Hamas “responsible for all events transpiring in the Gaza Strip and emanating from it”.

Hamas “will bear the consequences for terror activity against Israeli civilians”, the Israeli military warned.

The army said it was “ready to continue operating as necessary against attempts to harm Israeli civilians or sovereignty”.

Sporadic rocket and gunshot attacks from Gaza have decreased over the past months amid the the ongoing Covid-19 pandemic in Gaza and Israel.

Hamas says Israel violates its truce obligations to ease a crippling blockade imposed on Gaza since 2007.