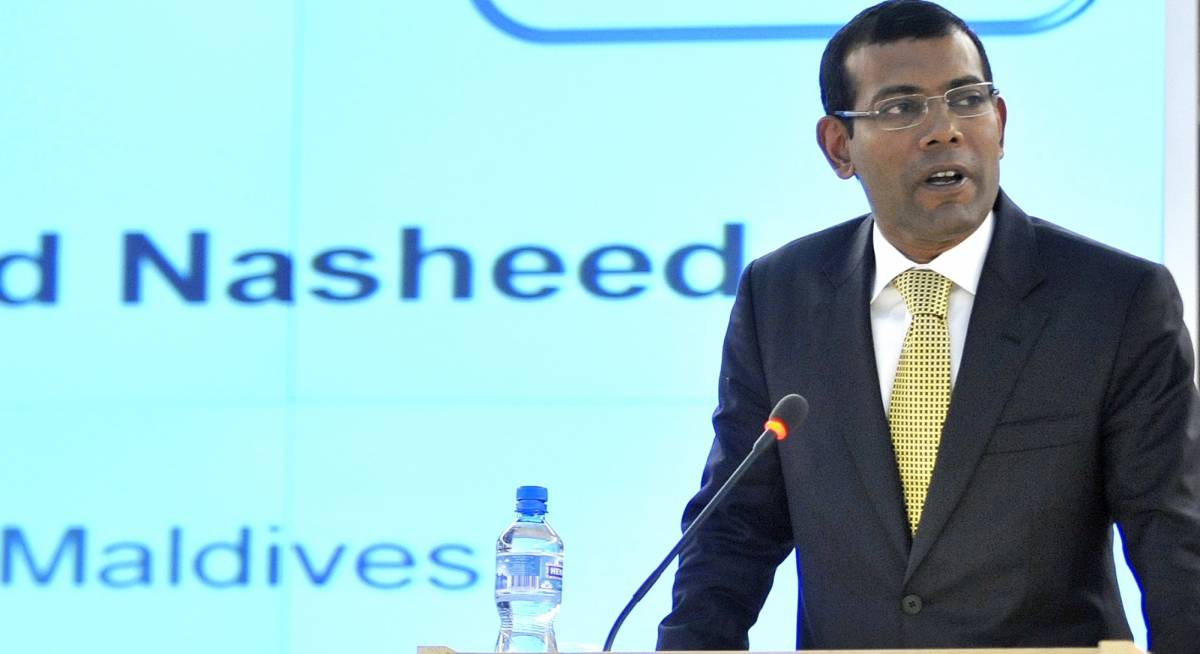 State-owned PSM News reported on Saturday that 21-year-old Mujaz Ahmed and 32-year-old Thahumeen Ahmed were arrested in connection to an attack that took place outside Nasheed’s residence in Male on May 6, reports Xinhua news agency.

Nasheed was admitted to the ADK Hospital, where he underwent multiple life-saving surgeries.

Doctors said that ball bearings and shrapnel were lodged in Nasheed’s body, injuring his ribs and organs.

The former leader has been placed in the intensive care unit and is currently in critical condition, according to the ADK Hospital.

According to the police, one of the suspects is the owner of a motorcycle that was planted with an Improvised Explosive Device (IED) and parked next to Nasheed’s car.

Police said that the motorcycle had a fake number plate, but the registered owner was tracked down through investigations.

PSM News quoted Chief of Defence Force Major General Abdulla Shamaa who said that the IED was remotely controlled and more powerful than the explosives used in the Sultan Park bombing in capital Male in 2007 which injured 12 tourists.

Director General of the National Counter-Terrorism Centre (NCTC) Brigadier General Zakariyya Mansoor was quoted as saying that the attack would have a long-term impact on the perception of the Maldives in the international community.

Nasheed, 53, became the President in 2008 after winning the country’s first multi-party elections.

He became Parliament Speaker, the second most powerful position in the country, after his party won the elections in April 2019.