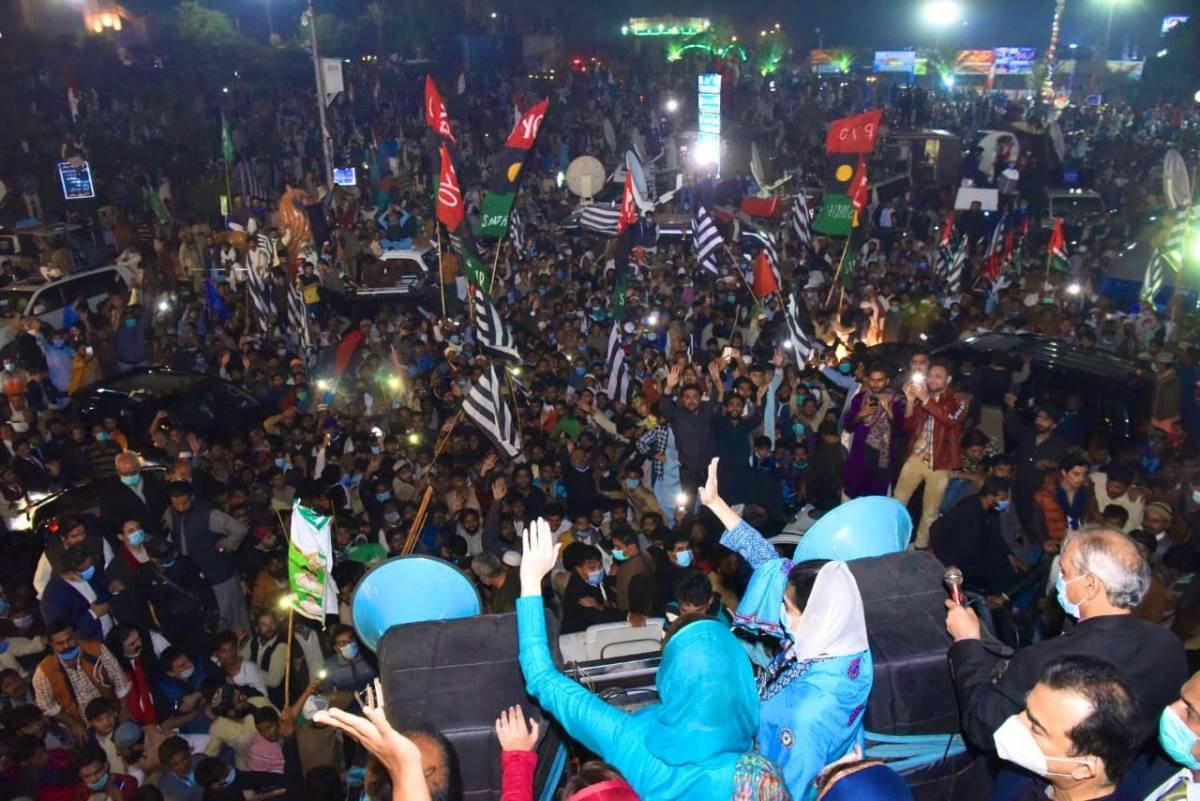 Pakistan Muslim League-Nawaz (PML-N) plans to launch an agitation in Khyber Pakhtunkhwa after Eidul Fitr in protest against the government’s failure to control inflation and unemployment.

“We are going to launch an agitation against the government after Eidul Fitr for its failure to control growing inflation and unemployment if the current coronavirus situation subsides,” The News International quoted Sardar Muhammad Yousuf, the senior vice president of PML-N, as saying on Sunday.

Sardar Yousuf, who is also the PML-N parliamentary leader in the Khyber Pakhtunkhwa Assembly, said that a delegation of the senior party leaders met Shahbaz Sharif in Lahore and finalised an agitation strategy after Eid.

“Shahbaz Sharif would address public gatherings at divisional level in Khyber Pakhtunkhwa after the Eid. And if the COVID-19 prevails with the same pace then he would address workers conventions at the planned cities,” he said.

Also read:Pakistan Generals worried that India may bond with Taliban

He further stated that PML-N’s President Shahbaz Sharif was committed to pulling the country out of the prevailing crises as the Imran Khan-led Pakistan Tehreek-e-Insaf (PTI) government has lost the public mandate, The News International reported.

“Our street agitation would mostly be focused on the high inflation and unemployment as people couldn’t afford two times meals because of the wrong government policies,” said Yousuf.

Meanwhile, over 3,000 children in Pakistan between the age of 1 to 10 years had tested positive for COVID-19 in April, according to data issued by the federal health ministry.

Pakistan is currently in the midst of a deadly third wave of the coronavirus that has forced the government to impose lockdown in many areas.