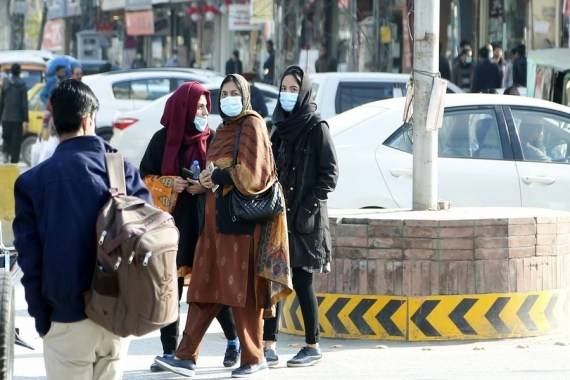 Member National Assembly (MNA), Nausheen Hamid, told a seminar in Islamabad that smoking in women is a leading cause of increasing divorce rates in the country….reports Asian Lite News

A lawmaker from the ruling Pakistan Tehreek-e-Insaf (PTI) believes that increasing divorce rate in Pakistan could also be blamed on smoking, provided smokers are women, Samaa TV reported.

Member National Assembly (MNA), Nausheen Hamid, told a seminar in Islamabad that smoking in women is a leading cause of increasing divorce rates in the country.

“Women smokers who get married end up divorced because they are not accepted by their in-laws,” Nausheen said at a session on the use of tobacco in Islamabad, the report said.

She revealed that in the last few years, the number of women smokers has dramatically escalated.

“This leads to a number of social problems for both the smokers and their families. I personally know such women,” she said.

The Federal Parliamentary Secretary for Health pointed out that out of every five people who smoke, two are women.

Recent media reports suggest that divorce rate is increasing in the major urban centers. However, the majority of divorce cases are initiated by women demanding ‘khula’ or dissolution of marriage, the report said.

In Pakistan, smoking reportedly causes 11 per cent of the total deaths due to increased availability of cigarettes at lower prices.

The study citing experts said that “cigarette prices in Pakistan are among the lowest in the world”.

ALSO READ: Is Beijing turning its back on Pakistan?