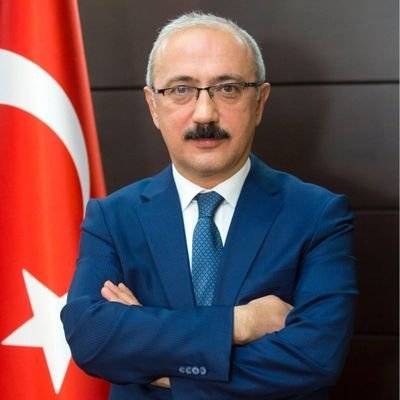 Turkey’s Finance and Treasury Minister Lutfi Elvan has resigned amid a sharp plunge of the Turkish lira, according to a presidential decree issued in the Turkish official gazette on Thursday.

Elvan asked to be relieved of his duties, said the official gazette.

Turkish President Recep Tayyip Erdogan has appointed Nureddin Nebati as the new finance minister. Nebati was the deputy of Elvan, who had served as finance minister since November 2020, Xinhua news agency reported.

“No offence to our friends that we walked together in this struggle; I can’t be together with those who defend high interest rates,” Erdogan said on November 17.

Earlier on Wednesday, the Turkish Central Bank intervened in foreign exchange markets after the lira plunged to a new record low against the US dollar.

The lira fell just below 14 against the dollar after Erdogan said that he hopes interest rates would continue to fall until Turkey’s next election in 2023.

The Turkish president said on Wednesday that the volatility was temporary and was a result of economic policy.

The Turkish lira has lost more than 40 per cent of its value this year against the dollar, while annual inflation hit almost 20 per cent in October.