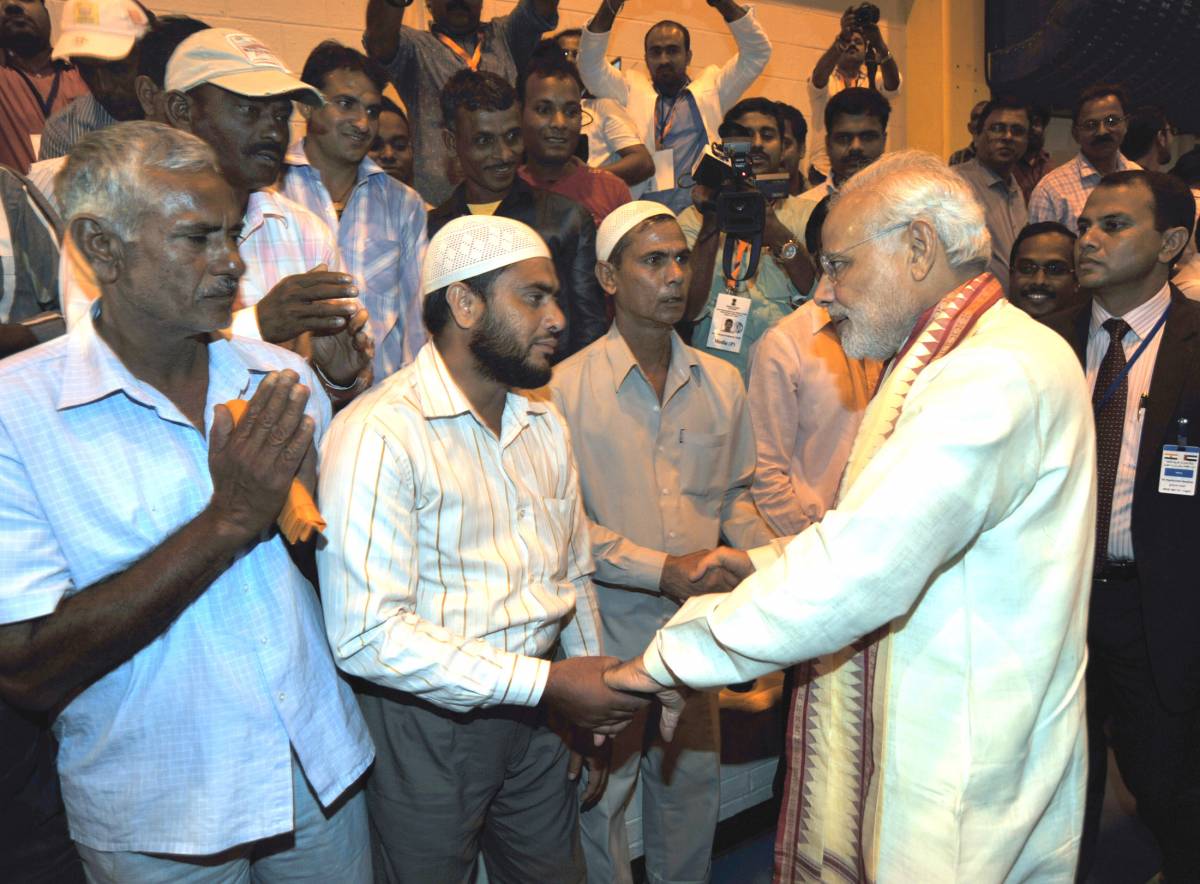 Both Central and State governments have to do much more than give hollow promises to help Indian diaspora, who have taken a severe hit due to the pandemic, writes Oommen George

Speeches made during elections are sugar coated promises which are rarely taken seriously. However, when election speeches are made by the Prime Minister, the words are to be taken in its true value and given due significance.

During Narendra Modi’s speech at an event in Kochi on February 15, he acknowledged the contributions of Indian diaspora in the Gulf – of which a majority hail from Kerala – the statement is both praiseworthy and commendable. The Prime Minister’s claims of support to the Indian diaspora are true and well appreciated.

Also Read – How Indian Americans feel about India and Modi?

Referring to the plight of Indians who were languishing in jails in the Gulf countries, the Prime Minister had said governments of many Gulf nations have over the last few years released several such Indians after the intervention of his government. But these are the duties and responsibilities performed by any government.

However it’s sad to say that the Prime Minister’s speech did not specifically reveal any measures or schemes, the government plans or intends to initiate and implement. It has to be noted that the government not done much to lift the gloom that has gripped the Indian diaspora.

It doesn’t need repeated explanation that the pandemic has disrupted the lives of a large number of Indian diaspora in the Gulf.

While many have worked hard to become affluent, a large number among the low and mid-income workers with no savings, jobs have borne the brunt due to the pandemic. The disruption that came in the early quarter of last year has aggravated their miseries.

It is unfortunate that the Indian diaspora, have not seen any worthwhile initiatives from both the Central and State governments to alleviate their miseries. They have also failed to instill any hope even after eleven months, since Indians began returning home. All they have got is hollow declarations and promises.

It needed an election for political parties to notice or remember the plight of Indian migrants in the Gulf.

Employees have been retrenched without getting their dues from companies run by foreigners and NRIs. Many managed to return home due to the help provided by Indian Embassies, social activists and Indian Associations in those countries.

Many who had come to India for an emergency treatment or family issues are stranded due to cancellation of flights to Gulf countries in the wake of increased spread of the virus. This had led to many grappling with expired residence visas and job loss. Many who returned are living a life of poverty, despair and hopelessness.

Great tragedy awaits these stranded countrymen if no outreach happens from the central government. The state government with its limited resources cannot do much for such large number of people.

The central government’s one-man commission under IAS officer C V Ananda Bose has made several recommendations to alleviate the situation.

I respectfully appeal to the Prime Minister to consider implementing the recommendations and also consider welfare schemes, measures and projects to rehabilitate diaspora who have returned. They need to be rehabilitated in government offices, public sector undertakings. They need help to start businesses without bureaucratic hurdles, individually or as group. They need to be given government-owned land on long term lease to do farming or set up Industries. This would help them get some regular income and help the diaspora remain afloat.

The government must also intervene with authorities in Gulf countries to provide an amnesty program so as to help stranded Indian migrants. Those without a job, expired residence permit, domestic helps and others jailed due to unfortunate circumstances, employees who have been terminated without salaries and benefits, people with expired visas must be helped to come back to India under an amnesty scheme, which will not attract any punishment.

The Indian diaspora have high hopes on the assurance offered by the Prime Minister and trust his words. They will be grateful to him and the Government of India for any worthwhile steps it initiates to improve their situation.