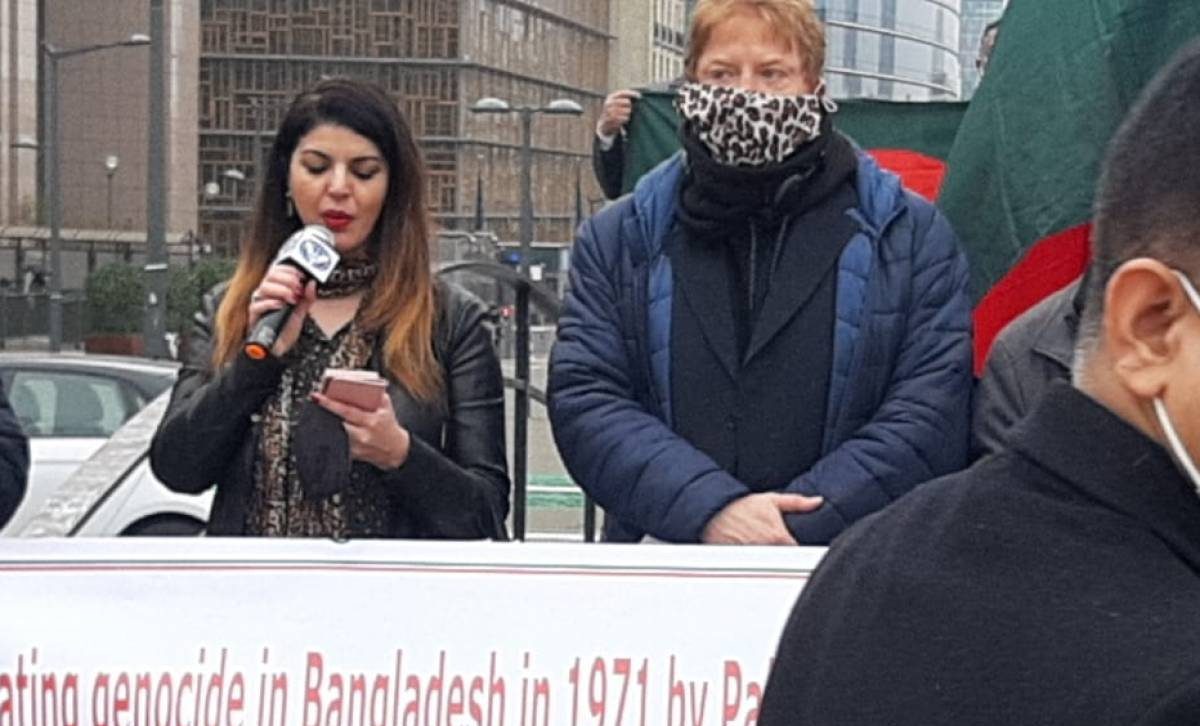 A protest was staged in front of the European institutions to mark the 50th anniversary of 1971 Bangladesh genocide.

The demonstration was organised by various civil society and human rights organisations in Europe as well as the Bengali organisations.

The demonstration paid tribute to the 2-3 Million victims of genocide which was committed by the Pakistan army and also called for its international recognition.

“We need to remember this genocide incident 50 years later and never forget the brutality of this massacre in which Hindus, Muslims, Christians and Buddhists in Bangladesh were oppressed and tortured. The Hindu community lost its land and was slaughtered by the Pakistani army ,said human right activist Manel Msalmi.

She also called for global Acknowledgment of 1971 genocide mainly because it remains unrecognized in comparison to the other genocides in Europe and Africa.

The Bengali Genocide Remembrance Day is a national day commemorated on March 25 in Bangladesh to pay tribute to the victims of the 1971 genocide.

Andy Vermaut, organiser of this protest stressed that “3 million people were killed in Bangladesh in 1971 in an organized genocide. More than two hundred thousand girls were brutally raped. “The old patterns of behavior of the Pakistan of yesteryear, has scarred the people of Bangladesh to this day” “The wounds are impossible to heal if the world does not dare to officially recognize the horror of 50 years ago”.

“I ask for a general pardon from all member states in the face of inaction on the scenes Bangladesh has faced” ‘I wish to apologize on my own behalf for what the international community failed to do, thus causing so many casualties’. I hope you can muster the spiritual and moral sense of duty to do”,he added.