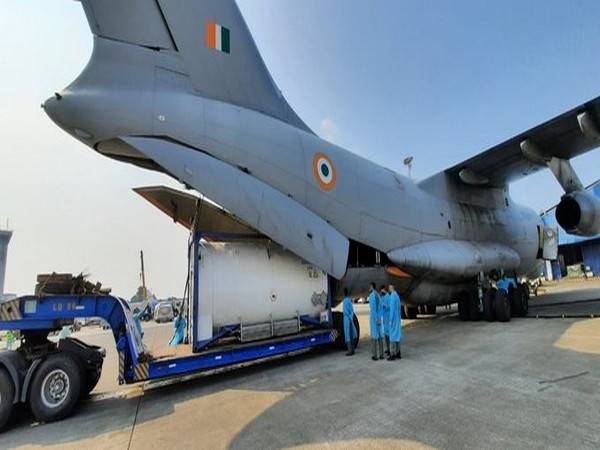 At a time when millions have been literally gasping for breath, the armed forces have fanned out far beyond India’s borders on a HADR mission that has no precedence, reports Ateet Sharma

The Indian armed forces earned international accolades when they reached to people in distress from Indonesia to Sri Lanka during the infamous Asian Tsunami of 2004.

But the second wave of Covid-19 have by a wide margin, dwarfed the HADR demands of the Asian Tsunami. At a time when millions have been literally gasping for breath, the armed forces have fanned out far beyond India’s borders on a HADR mission that has no precedence.

Till early hours of Wednesday, IAF planes had conducted 98 sorties from different countries, airlifting 95 containers of 793 Metric Tonnes (MT) capacity and other hardware of 204 MT capacity. This equipment has been ferreted from Singapore, Dubai, Thailand, Germany, Australia, Belgium, Indonesia, the Netherlands, United Kingdom, Israel and France.

The hospitals set up by the Defence Research and Development Organisation (DRDO) at New Delhi, Patna, Ahmedabad, Lucknow and some other places that are scheduled to come up, such as that in Varanasi, are all being manned by more than 500 armed forces doctors and nurses. A large number of Battle Field Nursing Assistants (BFNAs), soldiers/sailors/airmen, who are trained in basic medical care, have also been deployed to assist the trained workforce.

The paramilitary forces and home-grown voluntary organisations have also not been far behind this mammoth relief effort. For instance, in the national capital, the Radha Soami Satsang Beas (RSSB) has teamed up with the paramilitary Indo-Tibetan Border Policy (ITBP) to care for the Covid infected. The two organisations are working together at the sprawling Sardar Vallabh Bhai Patel Covid Care Centre (SPCCC) at Chhawla in western Delhi.

“On a daily basis 250 volunteers are preparing four meals a day ï¿½ from Karra early in the morning, to breakfast, lunch, the evening tea and dinner ï¿½ for every soul inside the Covid care centre,” said an office-bearer of the RSSB in Chhatarpur, in the capital, as quoted by Hindustan Times.

A new and a typically Indian hybrid model of HADR where the men and women in uniform are enmeshing with social organisation, imbued in the inclusive spirit of “seva” or service without strings, is rising to the occasion to defeat a deadly disease.

(This content is being carried under an arrangement with indianarrative.com)