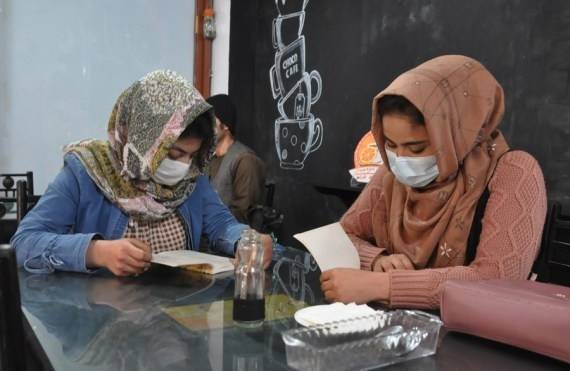 The Taliban’s spokesperson Bilal Karimi had said that the halt to the education of girls was due to the transportation. …reports Asian Lite News

After the Taliban takeover, this is the first week when boys have started going to school in Afghanistan, but the outfit is yet to announce a timeline when Afghan women can return to schools, a media report said.

Currently in Afghanistan, boys’ education continues, but it is unclear when — or if — girls too will be allowed to resume their education. The Taliban thus far have only allowed boys of all ages to return to school. Girls in sixth grade and under have returned, but only under strictly gender-segregated conditions. However, high schools are still firmly closed with no mention from the Ministry of Education regarding a reopening anytime soon, reported New York Post.

Director of information and culture for Kandahar province, Mawlawi Noor Ahmad Saeed, said: “Afghanistan is an Islamic country, women and girls should go to work and schools, but we face economic issues. We want girls to be separate from boys, and arranging that will take some time.”

“We have the facilities, but we don’t have the transport part. So the whole issue is about transport,” he added.

The Taliban’s spokesperson Bilal Karimi had said that the halt to the education of girls was due to the transportation. Karimi added that he is surveying every facility to ensure complete gender separation and then security, according to New York Post.

“First, we need to manage the transport and create a safe environment for the girls. For example, tens of gas poisonings have happened across the country to girls, where they have fallen asleep for hours,” Karimi said.

Girls were also prohibited from secondary education under the Taliban’s previous rule across Afghanistan from 1996 to 2001.

Over the weekend, Kabul University’s nearly 70 teaching staff resigned in protest after the Taliban fired the doctorate-level vice-chancellor. The group replaced the chancellor with one of their own members who has had significantly less formal education, reported New York Post.

On Monday, the Taliban-appointed new chancellor barred women from the institution as either teachers or students.

But under the strict mandate of gender segregation, classes in various private institutions are open to all. (ANI)

ALSO READ: ‘Pak-Taliban ties will not be easy as hoped in Islamabad’