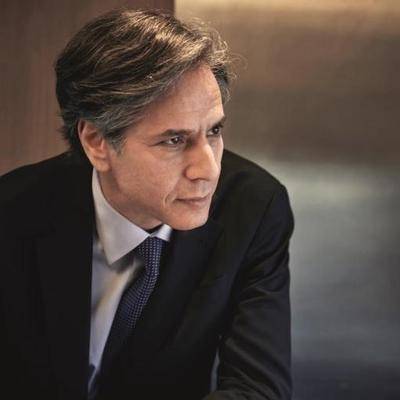 Both President Joe Biden’s spokesperson and Secretary of State Antony Blinken said that US is prepared to prosecute the acquitted Ahmed Omar Saeed Sheikh in US if Pakistan cannot hold him accountable, reports Arul Louis

Expressing outrage at the Pakistan Supreme Court’s decision to affirm the acquittal of Ahmed Omar Saeed Sheikh, the key accused in the 2002 kidnap and murder of American journalist Daniel Pearl, Washington has said it was prepared to prosecute him in the US.

Both President Joe Biden’s spokesperson Jan Psaki and Secretary of State Antony Blinken on Thursday made the suggestion to have the British-born terrorist tried in the US if Pakistan cannot hold him accountable.

“We call on the Pakistani government to expeditiously review its legal options, including allowing the US to prosecute Sheikh for the brutal murder of an American citizen and journalist,” Psaki said at her daily briefing here.

She said the US is outraged by the Pakistani apex court’s decision to exonerate him and the three other suspects in the brutal killing of The Wall Street Journal’s South Asia bureau chief and called it “an affront to terrorism victims everywhere, including in Pakistan”.

The spokeswoman added the US recognised that the Pakistani government had tried to hold Saeed accountable and was holding him under national security laws.

In his statement, Blinken said: “We are also prepared to prosecute Sheikh in the US for his horrific crimes against an American citizen. We are committed to securing justice for Daniel Pearl’s family and holding terrorists accountable.”

He said that the US is deeply concerned about any possible action to release him after the Supreme Court acquitted him.

The new Secretary of State said that Saeed was charged in a US court in 2002 with hostage-taking in connection with the murder of Pearl that year and the kidnapping of an American tourist Bela Nuss in India in 1994, suggesting he could be tried in that case.

Pakistani governments have been ambivalent about prosecuting Saeed, considered a hero by some, for the murder of the 38-year-old journalist, who was decapitated by the terrorists.

A graphic video showing his beheading was delivered to the US consulate a month later. Since then, at least 23 suspects were produced in the case while Sheikh being the prime suspect.

Under international pressure, Pakistan had him tried in a court in the Sindh province and he was sentenced to death.

On April 2, 2020, the Sindh High Court, however, acquitted him and the three others charged in the murder.

The Supreme Court upheld the decision on Thursday.

The provincial high court had also acquitted three other men namely Fahad Naseem, Sheikh Adil and Salman Saqib, who had been earlier sentenced to life imprisonment by an Anti-Terrorism Court in Karachi.

The decision holds great importance as the US has kept a close eye on the proceedings and has called on Pakistan to punish the accused.

However, the top court order may have an impact on Pakistan’s bid to find pathways with the newly elected administration under President Joe Biden.

The 38-year-old South Asia bureau chief of The Wall Street Journal was doing research on religious extremism in Karachi when he was abducted in January 2002.