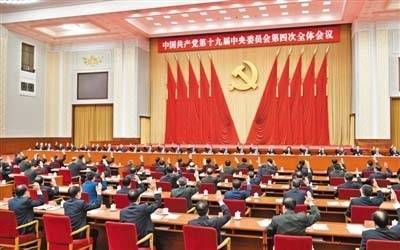 China introduced to infamous “hukou” system to control migration. It is used to limit where a person is allowed to live. A person needs a permit to shift from a rural “hukou” to an urban “hukou”….reports Asian Lite News

As per International Forum for Right and Security (IFFRAS), there are 30-60 million children who are left behind by their parents in the rural areas due to migration.

China introduced to infamous “hukou” system to control migration. It is used to limit where a person is allowed to live. A person needs a permit to shift from a rural “hukou” to an urban “hukou”.

It is extremely difficult, even impossible, to get that permit. Initially, people used to migrate illegally and face exemplary punishment if discovered by the authorities. Still, the migration continued because people only faced unemployment at home, reported IFFRAS.

The Chinese government does not want people to clog the urban centres where their poor economic situation would force them to populate slums. Ghettos of the poor are not encouraged by the government.

The system subsequently allowed the rural people to shift, but not to megacities like Beijing or Shanghai where they preferred to go. They were only allowed to go to small cities or towns or the various industrial zones.

According to data from the Census of 2010, quoted by The China Story website, “61 million children under the age of 17 were ‘left behind’, equivalent to one-fifth of China’s child population”.

The parents have to leave their villages to go to cities and towns to find work but they leave their children behind because of the high costs of urban living, reported IFFRAS.

Over 47 per cent of the children left behind are taken care of by at least one parent, mostly the mother while the father migrates for work. However, children staying with neither parent constitute 53 per cent.

Half of them live with their grandparents and the rest with distant relatives. Around 11.58 per cent of the children live by themselves.

The tragedy of the left-behind children is the result of what sociologists call the “largest case of internal migration in history”, involving nearly 300 million Chinese adults who shifted to the urban areas in the last 40 years to earn a living and, ironically, raise a family and bring up children, reported IFFRAS.

The world’s attention was first drawn to the shocking story of “left-behind” children when in 2015, four “left-behind” siblings committed suicide in Guizhou province because they had nothing to survive on and could no longer handle the absence of their parents.

Latest reports from China claim that the mainstream Chinese media has started portraying the issue of “left-behind” children as a moral issue by blaming the parents for “inflicting irretrievable psychological damages on ‘left-behind’ children”, reported IFFRAS.

The absence of parents is portrayed as “parental negligence or the abandonment of responsibilities”. Instead of examining the “broader social issues”, they also propagate the view that grandparents area “a purely negative influence on children”. (ANI)