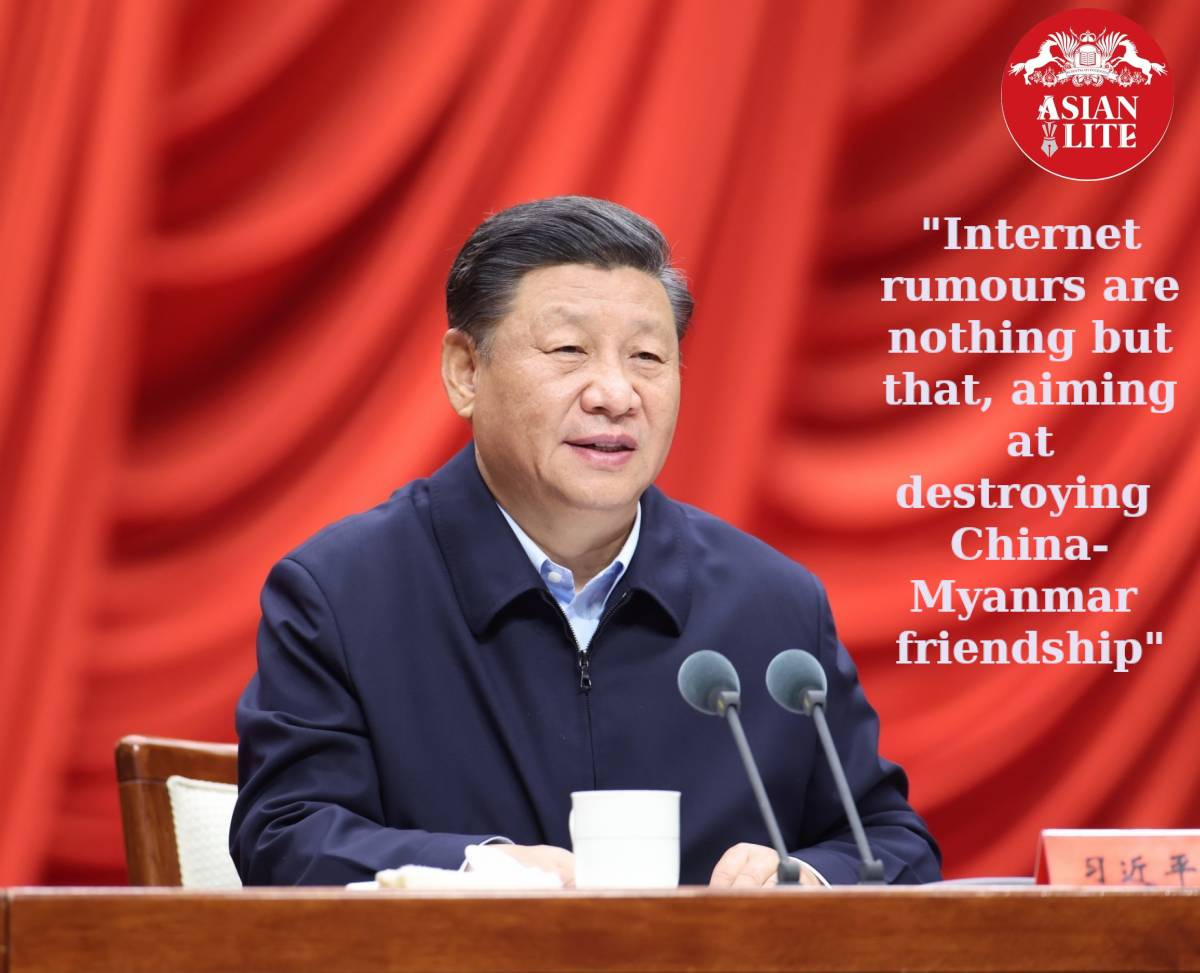 “China is a friendly neighbour of Myanmar. We hope that all parties in Myanmar will put the aspiration and interests of the people first,said spokesperson…reports Asian Lite News

A Chinese Foreign Ministry spokesperson on Thursday rebuted rumours about China on the situation in Myanmar after military coup.

“Internet rumours are nothing but that, aiming at destroying and provoking China-Myanmar relations and friendship,” she added

Spokesperson Hua Chunying made the remarks at a daily press briefing when answering a question on the situation in Myanmar, the Xinhua news agency reported.

“China is a friendly neighbour of Myanmar. We hope that all parties in Myanmar will put the aspiration and interests of the people first, handle differences through dialogue within the constitutional and legal framework, and safeguard political and social stability,” Hua said.

Hua noted both the National League for Democracy and the Myanmar military have friendly relations with China. China does not want to see the current situation.

“As for the impact on Chinese citizens in Myanmar, we are also getting more information. Chinese enterprises and citizens have contributed to Myanmar’s national development and China-Myanmar friendly cooperation. We hope that relevant parties in Myanmar will take concrete measures to ensure their safety,” she said.