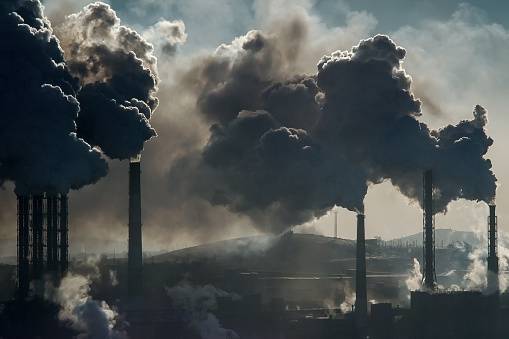 But far from carbon emissions slowing down in China, they are increasing ever more rapidly…reports Asian Lite News

China’s coal power station fleet grew five-fold between 2000 and 2020, and now accounts for almost half the world’s consumption more than three times its closest rival, the US. It is said to have 1,080 separate plants with a total capacity last year of 1,005 gigawatts and is building more.

Britain, in contrast, has just four coal-fuelled plants left, with a joint output of 5.4 gigawatts. This week, in his apocalyptic climate change speech to the United Nations, Boris Johnson urged China by far the world’s worst emitter of greenhouse gases, producing as much as 28 per cent of the global total to end its domestic use of coal, Daily Mail reported.

But far from carbon emissions slowing down in China, they are increasing ever more rapidly.

This is a country with a mind-boggling pace of development. Between 2011 and 2013, China used more cement than the US did in the entire 20th century. It produces almost 60 per cent of the world’s steel and its oil refinery capacity has tripled since 2000.

Even though it promised last week to stop building coal power stations abroad, China continues to do just that at home. Last year, its coal-powered capacity rose by 38 gigawatts, while the rest of the world cut capacity by 17 gigawatts.

China has a further 105 gigawatts of new coal capacity in the construction pipeline more than the entire generating capacity of the UK from all sources, including nuclear and renewables, the report said.

Last month, the Workers’ Daily reported that in coal-rich Inner Mongolia, 38 mothballed coal mines have been reopened, with an annual production of 60 million tonnes. Last year, Inner Mongolia dug up more than a billion tonnes of coal and this did not even make it Chin’s biggest coal province: that honour belonged to Shanxi.

China’s president, Xi Jinping, claimed last year that although Chinese emissions would keep rising until 2030, they would then reach their peak and decline, eventually reaching Net Zero by 2060 ten years after Britain.

But he has given few details on how this might be achieved, and there are ominous signs that he has no intention of keeping his word. When President Biden’s climate change envoy, John Kerry, went to Beijing this month to put pressure on the regime on carbon emissions, he was humiliated.

Kerry was forced to hold his meetings via Zoom he might as well have stayed in Washington and China’s foreign minister, Wang Yi, politicised the encounter, warning him that if America wanted China to talk seriously about emissions, it must first stop treating it as ‘a threat and a rival’.

Former Tory leader Sir Iain Duncan Smith, co-chair of the Inter-Parliamentary Alliance on China, which has members in 20 countries, said this week that ‘governments across the free world have been utterly supine’.

He added: ‘China may say their emissions will peak by 2030 but meanwhile they are building all the new coal-fired power stations they need, to do whatever they please.

“Yet they are being let off the hook while other countries are being asked to step up to measures that will have an incalculable economic impact. China will watch while we collapse our economies and they become all-powerfu”, Daily Mail reported.

Smith said, “We are heading for a great historical disaster. The free world is emasculating itself while China gets stronger and more dominant. They will soon be impossible to resist.”