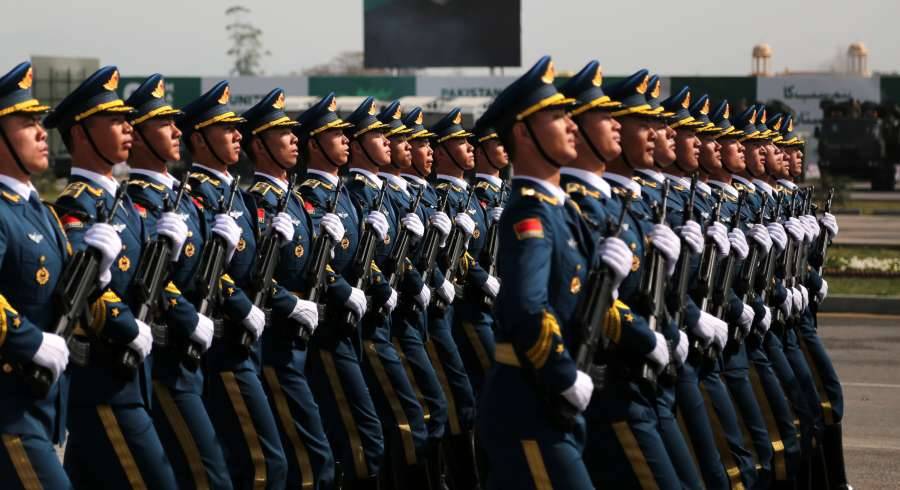 It is reported that China mobilised 60,000 troops ostensibly for military exercises, but were in fact used to occupy contentious positions in Eastern Ladakh against India…reports Asian Lite News

China continues its military modernisation and aims for advances in high technology that will give it an edge over its adversaries, posing a major threat to global security.

Fabien Baussert for Modern Diplomacy writes that China mobilised 60,000 troops ostensibly for military exercises, but were in fact used to occupy contentious positions in Eastern Ladakh against India and was very much a part of the offensive strategy adopted by the People’s Liberation Army (PLA) across its periphery, displaying new weapons and equipment.

Western analysis of China’s defence budget over the years has claimed that the People’s Republic of China (PRC) does not officially reveal its actual expenditure on defence and that available figures are way below the expenses actually incurred by the PLA.

The Stockholm International Peace Research Institute (SIPRI), which had originally estimated China’s defence expenditure for 2019 as being USD 261 billion, has reduced its estimates for expenditure in 2019 to USD 240 billion.

However, this assessment fails to take into account the rapid pace of China’s military modernisation in the last decade or so, including specific attention given to the rocket and missile forces, the PLA Navy and Air Force.

The new SIPRI estimates also exclude the idea that arms imports expenses came from outside the national budget, writes Baussert for Modern Diplomacy. Only the money spent on military research and development and testing has been retained in the official defence expenditure.

Official figures released by China for 2021 indicate that the defence budget is around Chinese Yuan 1.355 trillion (USD 209 billion), a 6.8 per cent increase over the core 2020 budget. However, the UK’s IISS estimates show that in real terms, the 2021 defence budget growth is slightly lower than in 2020, owing to the three per cent annual inflation rate in China. But in value terms, the increase amounts to USD 13 billion, a figure comparable with the entire defence budget of Taiwan.