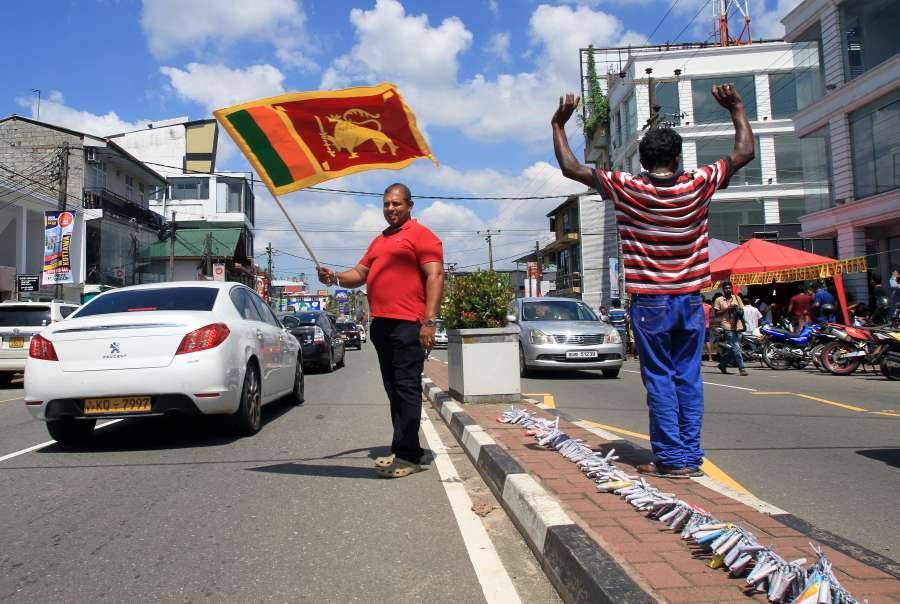 Lankan former Army Commander alleged that it has been made a slave of one camp and also have worked to achieve political and military ambitions of another state, and thereby let the country lose it’s integrity and sovereignty.,,,reports Asian Lite News

Sarath Fonseka, Sri Lanka’s former Army Commander and Presidential candidate, has warned that Sri Lanka which has fallen into Chinas debt trap would end up like Uganda, which had to give away their only international airport to China.

Fonseka, who led Sri Lanka’s three-decade long civil war against Liberation Tigers of Tamil Eelam rebels to victory in 2009, said this in a Facebook post titled “Sri Lanka is being engulfed in Chinese debt trap that destroyed Uganda”.

Drawing a parallel between Uganda’s airport and Chinese-funded new airport built in Hambantota in southern Sri Lanka, he added that going beyond the country’s foreign diplomacy, it has been made a slave of one camp and also have worked to achieve political and military ambitions of another state, and thereby let the country lose it’s integrity and sovereignty.

“Just as what happened during the Rajapaksa’s regime, the corrupt political leaders of Uganda, ignoring the national plan and priorities, had gone on with the constructions with commercial loans at high interest rates that attract commissions,” alleged Field Marshal Fonseka.

“Instead of developing the Colombo Harbour, Hambantota Harbour which was not so important project, is now owned by China and it is being used as a naval corridor in the centre of the Indian Ocean,” the former military leader said.

“Hambantota Harbour is being looked at as a Chinese Naval base by India, the US and other Quad countries. This is a serious threat to Sri Lanka’s security. We would be able to see the result of these idiotic decisions during the definite power struggle in the region within next 60 to 80 months.”

The opposition MP, Fonseka, who said with the way how Chinese Ambassador is being reacted like a “mad man for the dirt ship”, the future is very clear and we have to rectify this situation in the future.