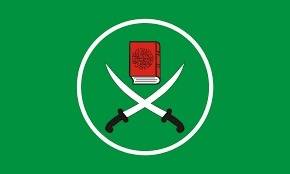 MB is a religio-political and radical organisation based out of Egypt. It has been alleged to be linked to a number of violent acts, including bombings and political assassinations, in the past…reports Asian Lite News

Muslim Brotherhoods (MB) distance from South Asia could also be possibly out of turf respect to Jamaat-e-Islami, which carries the agenda of radical Islam in this part of the world.

A report by Disinfolab says that MB and its various fronts have been providing support to the Jamaat narratives, and several of the Jamaat fronts are well-entangled with the MB fronts in the US and elsewhere such as Palestine, Jordan and Egypt (where it originated). So far, MB did not take the matter of India in its hands.

This is about to change, it seems.

The anti-India trend seems to be led by MB, though a significant number of Pakistani 5th Gen Warfare (5GW) soldiers, who are perpetually rearing to go against India, have also contributed to this trend.

And it is not MB’s foot soldiers (key-board warriors), but some of the who’s who of MB who have participated in the campaign. The fact that the campaign was constantly targeting Saudi Prince Mohammed bin Salman and French President Emmanuel Macron shows that despite targeting India, the MB did not lose sight of its core objectives.

As it turned out, most of the prominent handles pushing this narrative were related to the Muslim Brotherhood (al-Ikhwan al-Muslimun).

MB is a religio-political and radical organisation based out of Egypt. It has been alleged to be linked to a number of violent acts, including bombings and political assassinations, in the past.

Muslim Brotherhood members have been accused of supporting/abetting terror activities, including the 9/11 attack.

Several top functionaries of the organisation are in the US Terror Watch List, and many members remain on the sanction list. MB is believed to have inspired the formation of as many as 13 terrorist groups in Egypt. The organisation is banned in Saudi Arabia and the UAE.

However, what is not so much acknowledged and appreciated is that the MB in essence was conceived as an instrument to ï¿½infiltrate’ Western society and provide an intellectual framework to radical discourse.

The objective has been to monopolise the discussion of the Islamic world and Muslim affairs by drowning other voices. It has done so by adopting the ï¿½appearances’ and ï¿½mannerisms’ of the Western world, including Western costumes (though essentially men). This was one of the core philosophies of its founder, Hassan Al Banna.

Muslim Brotherhood also has off-shoots in the US and constitutes organisations like ISNA, MSA, CAIR and ICNA, to name a few.