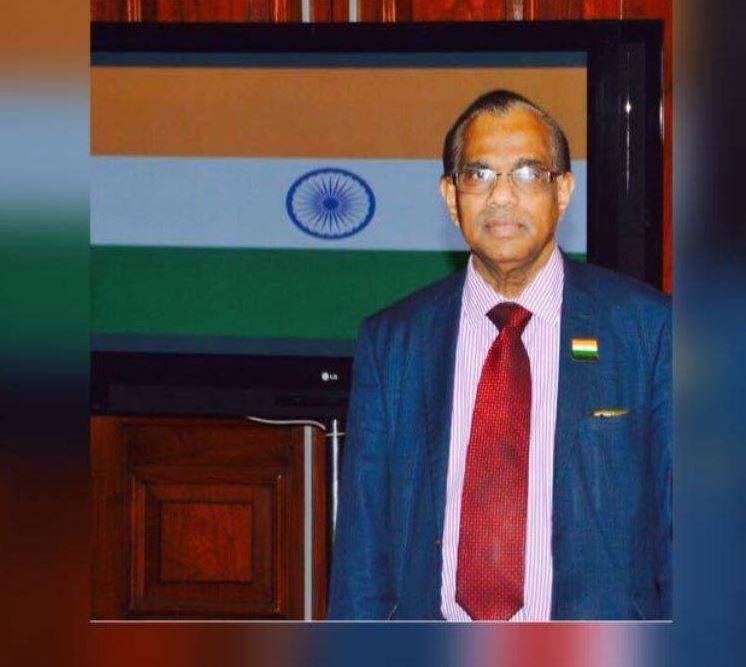 Lonodn-based Malayalee businessman and former Indian Embassy official T. Haridas, 70, passed away at 1 am at St.George Hospital in London. Popularly known as Hariyettan, the Loka Kerala Sabha member unexpectedly succumbed to gastrointestinal disease. He was admitted to hospital on Monday. His close friends and relatives were hoping for his speedy recovery.

Mr Haridas started his career as an accountant at India House, the High Commission Office in London. Later he launched Kerala restaurant groups with units at prime locations in London. His Malabar Junction was one of the best restaurants in London.

Through his effort he has won the hearts of British and grown as a restaurateur, entrepreneur and a notable philanthropist in London. He is the man who brought the Kerala tradition of cuisine into UK. He even shared the tasty secrets and recipes to the customers that made him most intimate among them.

Haridas, who served as the UK OICC Convener, was one of the beloved members among the British Malayalees. He always offered help to everyone who approached him during his tenure and even after his retirement. He was a man always within a phone call away to resolve any problems of the British Malayalees. He helped several stranded students from Kerala and other parts of India during the stressful period of Covid.

He has garnered many posts including the founder and general secretary of the Global Kerala Foundation. As a great dreamer in life, he produced several movies including Manju Warrior’s ‘Ee Puzhayum Kadannu’.

He is a native of Guruvayoor and was living with his family in London. His family consists of wife and four sons. UK OICC and each and every one who know the real cultural ambassador of Kerala culture, paid tributes to ‘Hariyettan.’