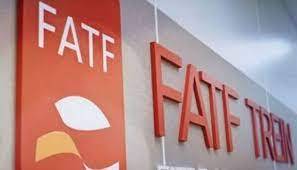 Fabien Baussart, founder and president of the think tank Center of Political and Foreign Affairs said that FATF will fail in its duty if it delays blacklisting Pakistan for its terrorist sponsorship….reports Asian Lite News

Pakistan, which is on the Financial Action Taken Force (FATF) grey list must be brought under the black list for state sponsoring terror.

Fabien Baussart, writing in The Times of Israel said that FATF will fail in its duty if it delays blacklisting Pakistan for its terrorist sponsorship.

Fabien Baussart is the founder and president of the think tank Center of Political and Foreign Affairs, which organises events and discussions on various geopolitical topics around the world.

Pakistan is the only country in the world that hosts thousands of terrorists, run terrorist training camps for global jihadis and has an army that openly controls many of these terrorist groups and carries out terrorist attacks against sovereign nations.

Yet, Pakistan is not on any terrorist sponsor list nor is it punished with sanctions unlike other countries who have significantly little role to play in global jihad, said Baussart.

In the latest international reports highlighting Pakistan’s terror links, the US Congressional report (September 2021) gives a brief account of terrorist groups housed in Pakistan with the complicity of the state agencies, especially the Pakistan Army.

As per the US administration, Islamabad continues to remain a base of operations for numerous non-state militant groups, many with global reach.

Quoting successive US State Department reports, the Congressional briefing pointed out that Pakistan remained a safe haven for terrorism despite claims to the contrary.

Pakistan’s promises to the international community about taking action against terrorist groups have remained merely that, promises. In fact, the report said, the so-called action taken by the Pakistan government and its military were inconsistent. In other words, Pakistan refused to take any action against terrorist groups and their sanctuaries, reported The Times of Israel.

The premier anti-terrorist financing body has put Pakistan on the `grey list` but so far has remained shy of blacklisting the country despite irrefutable evidence from different, independent agencies and countries.

Pakistan’s case is up for review next month and the FATF must put on record the Congressional as well as other recent reports of Pakistan’s close ties to global and regional militant groups.

As reports after report suggest Pakistan has become a classic hybrid state with the military and militants influencing the state and its actions.

Pakistan must be held accountable for its involvement with terrorist groups and refusal to pay heed to requests and warnings from international watchdogs like FATF, said Baussart.

FATF must also put on record evidence collated by various countries of Pakistan’s role in helping a militant group, the Taliban, from overthrowing an elected government in Afghanistan.

Pakistan’s association with global terrorist outfits like the Haqqani Network, known for hosting groups like Al Qaeda, needs to be brought on record, added Baussart. (ANI)