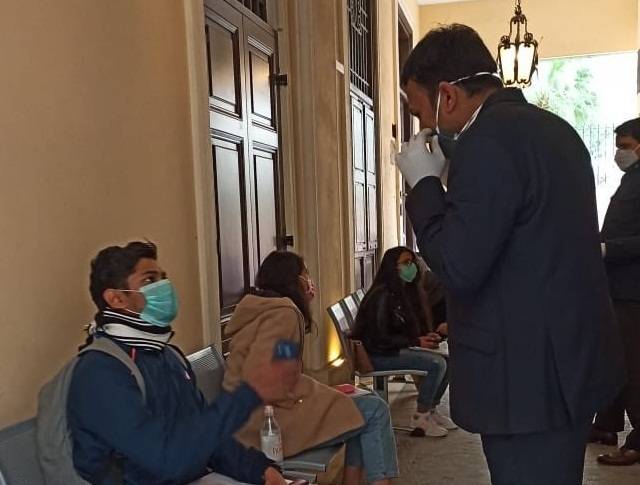 A highly transmissible Covid-19 variant is fast spreading in Sri Lanka, the health authorities have warned, adding that it can be airborne.

According to Neelika Malavige, the head of the Department of Immunology and Molecular Sciences of the Sri Jayawardenapura University, the new variant can remain airborne for nearly an hour and is spreading fast, the WION reported.

“This variant of coronavirus is more highly transmissible than all found so far in the island. The new strain is airborne, the droplets can remain airborne for nearly an hour,” Malavige was quoted as saying.

Sri Lanka’s Education Minister Professor GL Peiris on Tuesday announced that all schools island-wide will be closed till April 30 amid a surge in coronavirus cases in the country.

Cabinet Media Spokesman Keheliya Rambukwella said it was decided at today’s Cabinet meeting to close all schools and tuition classes in the country until April 30, reported Colombo Page.

However, education authorities have decided to close the schools in several other educational zones outside the two provinces as well after finding students infected with COVID-19.

The ministry of COVID prevention issued new guidelines which would remain in force until May 31.

The guidelines dictate a 50 per cent capacity operation for most institutions with all forms of revelry being banned.