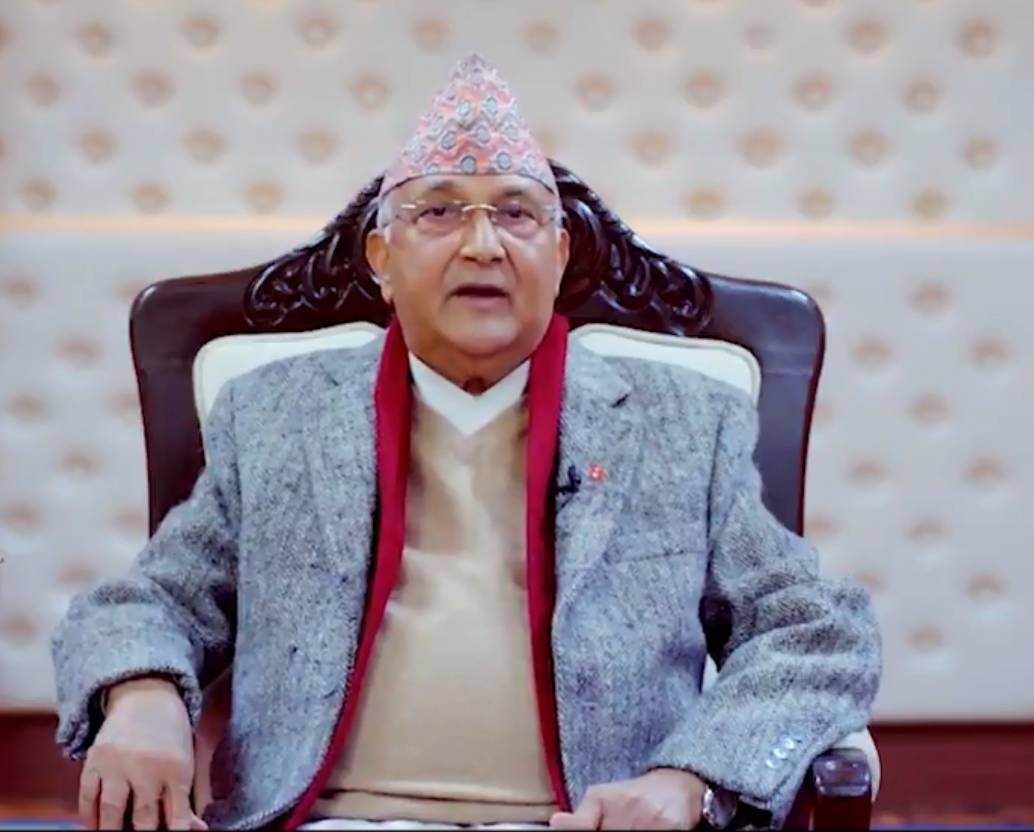 Former Prime Minister and Chairman of the Nepal Communist Party-UML, K.P. Sharma Oli, has claimed that India had threatened the Nepali political leadership in 2015 not to promulgate the constitution ignoring India’s concern and suggestion.

Presenting a political document, which will be later placed in the party’s general convention, Oli said that India’s External Affairs Minister S. Jaishankar, who visited Kathmandu ahead of the promulgation of the constitution as a special envoy of Prime Minister Narendra Modi, had threatened the Nepali political leadership not to ignore India’s legitimate concerns and suggestions during the promulgation of the constitution.

After holding two back-to-back elections to the constituent assembly, Nepal in 2015 promulgated the new constitution that consolidated the republican, secular, federal and some other sweeping changes.

Days ahead of the promulgation of the constitution in September 20, 2015, India had sent then Foreign Secretary Jaishankar to Kathmandu to meet the Nepali political leadership. During his visit, Jaishankar had conveyed India’s concerns and suggestions for the new constitution of Nepal.

But Oli did not mention what were India’s concerns and suggestions to the Nepali political leadership to be incorporated in the constitution of Nepal.

It would not have been good if the constitution was promulgated without incorporating India’s concerns and suggestions, Oli said in his political document, adding that Jaishankar used the language of ‘threat’ to the Nepali political leadership.

During his meeting with then Prime Minister Sushil Koirala and other political leaders of Nepal, Jaishankar had threatened us not to promulgate the constitution, otherwise the results won’t be good, Oli said.

Immediately after the promulgation of the new constitution, a section of Nepali leadership imposed an economic sanction across the Nepal-India border which is famously known as ‘blockade’.

The blockade continued for six months during which 50 Nepali nationals died in an uprising in the southern plain of Nepal that shares a long border with India.

Jaishankar, who came here as a special envoy, met us, threatened us and said that the results will not be good if India’s concerns and suggestions were not heeded, said Oli, adding that India directly intervened and attempted to stop promulgating the constitution.

After lifting the blockade, Oli visited both India and China in a bid to normalise the ties. In 2016, in response to India’s blockade, Oli visited China and signed the Transit and Transportation Agreement, paving the way for Nepal to conduct third country trade via Chinese land and sea ports.

With Nepal’s decision to sign the Transit and Transportation Agreement with China ending India’s long dependence for third country trade, India’s reaction was sharp and critical.

Criticising India’s move to impose the blockade and its decision to sign a transit agreement with China, Oli’s party, Nepal Communist Party-UML, emerged as the largest party in Nepal’s Parliament by reaching an electoral alliance with the Nepal Communist Party (Maoist Centre).

“Despite India’s threat and warning, we finally promulgated the new constitution,” the veteran Communist leader wrote in the document.

After his party, the Nepal Communist Party, split in March 2021, Oli lost majority and dissolved the House, which was later restored by the Supreme Court. Then his party split again, as he lost the majority in the House with Sher Bahadur Deuba, President of the Nepali Congress, replacing Oli as the Prime Minister.