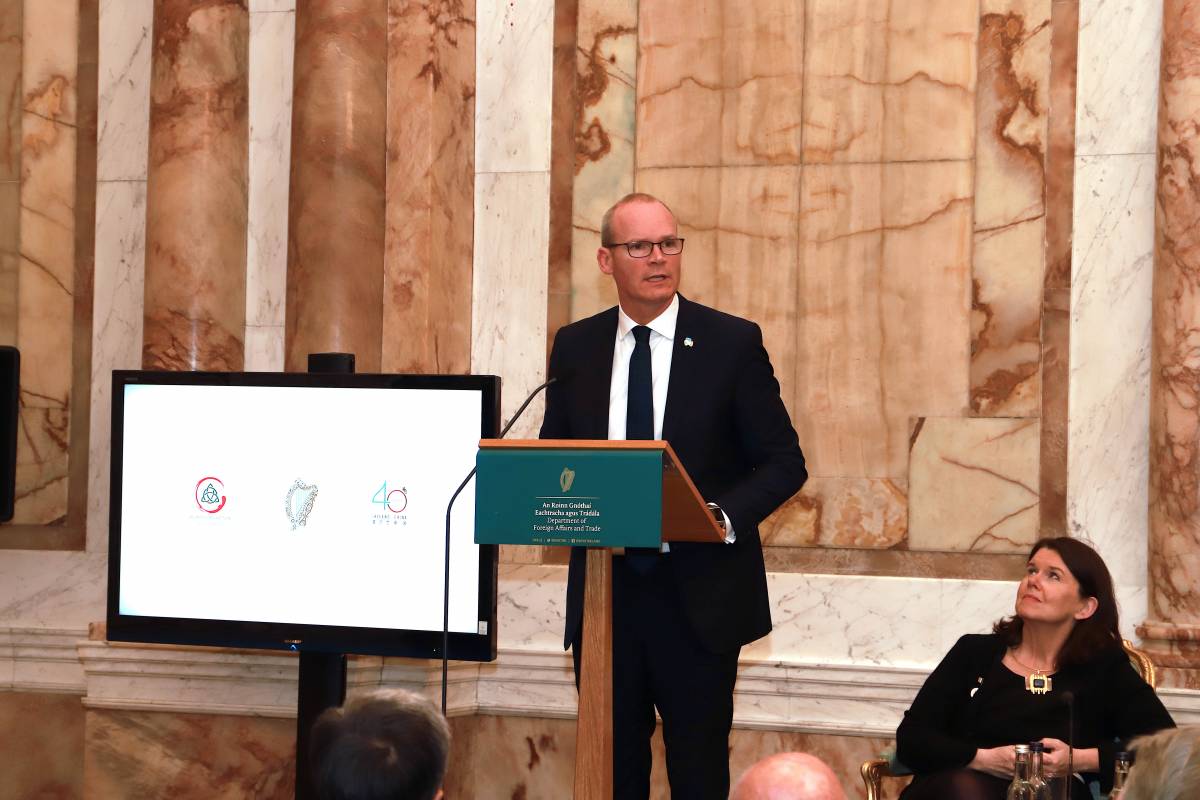 “The re-establishment of an Irish presence in Tehran is a concrete sign of our commitment to deepen dialogue with all relevant partners, including Iran, on this issue,”said Coveney…reports Asian Lite News

Ireland will re-establish its diplomatic presence in Iran following the closure of its embassy in Tehran in 2012, Minister for Foreign Affairs Simon Coveney announced.

“A Diplomatic Mission will be established this year, to be headed at Charge d’Affaires level, with a commitment to re-open an Irish Embassy in 2023,” Coveney said in a statement posted on the website of the Department of Foreign Affairs on Tuesday.

He said that the decision is part of the government’s efforts to double Ireland’s global impact by 2025 under a Global Ireland strategy.

The minister added that Ireland has a particular responsibility to play a constructive and impactful role on the nuclear non-proliferation agenda as a facilitator of Resolution 2231 for the next two years on the Security Council.

Resolution 2231 is a resolution passed by the UN Security Council on July 20, 2015, which endorses the Joint Comprehensive Plan of Action on the nuclear program of Iran.

“Ireland is fully committed to the success of that agreement, and the prevention of the proliferation of nuclear weapons.

“The re-establishment of an Irish presence in Tehran is a concrete sign of our commitment to deepen dialogue with all relevant partners, including Iran, on this issue,” Coveney said.

Ireland closed its embassy in Tehran in 2012 due to the impact of the financial crisis, according to the background information attached to the statement.

Ireland took up its seat as an elected member of the UN Security Council for a two-year term starting from January 1, 2021.

The UN Security Council has five permanent members, namely China, the US, Russia, the UK and France.

The Council also has ten non-permanent members which are elected by the UN General Assembly for two-year terms starting on January 1, with five replaced each year.

Ireland joined the UN in 1955 and will serve as Presidency of the UN Security Council in September 2021, according to the Irish Department of Foreign Affairs.