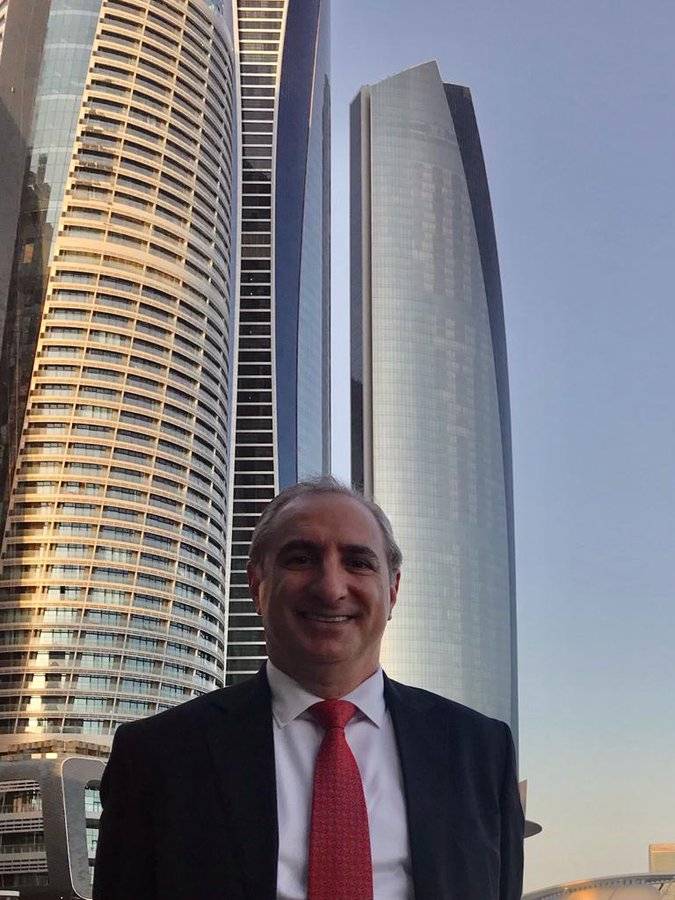 In a separate statement published on its website, the Ministry said that until a permanent location is found, the embassy will operate from temporary offices, which will be inaugurated in the coming days….reports Asian Lite News

Israel has announced that it has opened an embassy in the United Arab Emirates (UAE), following a normalisation deal signed last year to establish diplomatic ties between the two nations.

Taking to Twitter on Sunday, the Foreign Ministry said: “The Israeli embassy in Abu Dhabi officially opened today with the arrival of the Head of Mission Ambassador Eitan Naeh.

“The Israeli embassy in the United Arab Emirates will promote the full range of relations between the two countries in all areas and expand ties with the Emirati government, economic entities and the private sector, academia, the media and more.”

In a separate statement published on its website, the Ministry said that until a permanent location is found, the embassy will operate from temporary offices, which will be inaugurated in the coming days.

In the statement, Minister of Foreign Affairs Gabi Ashkenazi said: “The Ministry of Foreign Affairs continues to lead the implementation of the peace and normalisation agreements in the Gulf and to advance Israel’s international status.

“The opening of the mission will enable the expansion of bilateral ties between Israel and the UAE, and the full and quick implementation of the potential inherent in our relations.”

Israel’s announcement came just hours after the Council of Ministers of the UAE approved the establishment of an embassy in Israel’s Tel Aviv city.

In a tweet on Sunday, the UAE government said the decision was made during a cabinet meeting earlier in the day, chaired by the Kingdom’s Vice President, Prime Minister and Ruler of Dubai Sheikh Mohammed bin Rashid Al Maktoum, reports Xinhua news agency.

Ashkenazi also welcomed the UAE government’s decision, saying it “will facilitate the promotion of the warm ties between our countries and peoples. We look forward to receiving representatives of the UAE soon”.

The Israeli Liaison Office in Rabat and Consulate General of Israel in Dubai are expected to open in the coming days, the Ministry statement said.

This is in addition to the Israeli embassy in Manama, Bahrain, which has already been active for several weeks.

Since the signing of Abraham Accord in September 15, 2020, in Washington, several delegations from the UAE and Israel have met to sign bilateral agreements on trade and investment, tourism, direct flights, security, telecommunications, technology, energy, healthcare, culture, the environment, the establishment of reciprocal embassies, and other areas of mutual benefit.

Meanwhile, major UAE airlines, including Emirates and Etihad, are expected to start commercial flights to Tel Aviv in the first quarter of 2021.

An earlier aviation agreement was signed that will allow up to 112 weekly flights between the two countries.

UAE was the first Arab country to normalise relations with Israel.