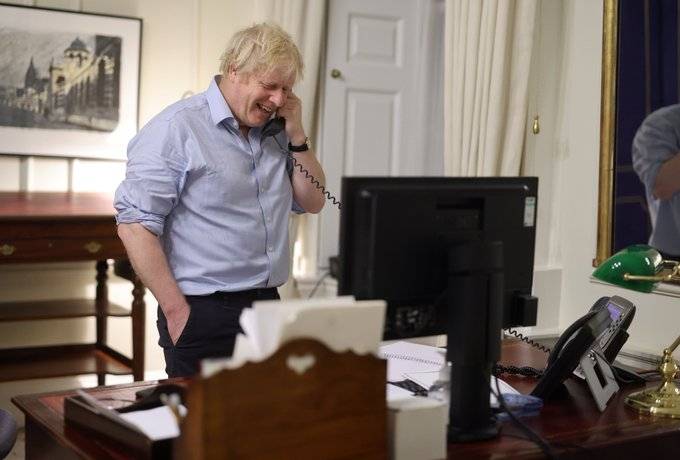 UK Prime Minister Boris Johnson said he “looks forward to deepening the longstanding alliance” with the US while speaking to US President Joe Biden.

This was the first phone call between the two leaders since Biden’s inauguration as the 46th US President on January 20.

Taking to Twitter on Friday night, Johnson said: “Great to speak to President Joe Biden this evening. I look forward to deepening the longstanding alliance between our two countries as we drive a green and sustainable recovery from Covid-19.”

According to a Downing Street spokesman, the two leaders also spoke about about “the benefits of a potential free trade deal” between the UK and the US, with Johnson reiterating his intention “to resolve existing trade issues as soon as possible”, the BBC reported.

During the call, Johnson also “warmly welcomed” the new President’s decision to rejoin the Paris Climate Agreement as well as the World Health Organization, which were both abandoned by Biden’s predecessor, Donald Trump, the spokesman said.

Regarding the two nations’ “long history of cooperation in security and defence, the leaders “re-committed to the Nato alliance and our shared values in promoting human rights and protecting democracy”, the BBC quoted the spokesman as further saying.

Johnson and Biden “looked forward to to meeting in person as soon as the circumstances allow” and to working together during the forthcoming G7, G20 and COP26 summits, the spokesman added.

In a statement regarding the call, the White House said that the resident “conveyed his intention to strengthen the special relationship and revitalise transatlantic ties”.

Sunak warns of taxing times ahead

Darlington is the new ‘Treasury North’

Airstrike kills IS militants in Iraq