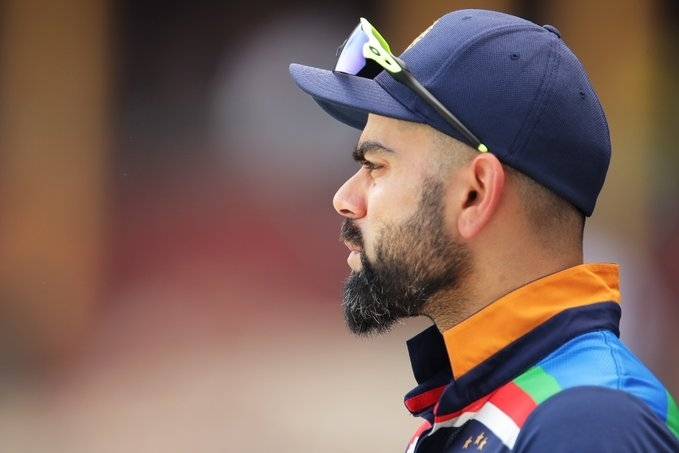 Over six months after a conflict of interest complaint against him was filed for being in breach of Rule 38 (4) of the constitution of the Indian cricket board, India captain Virat Kohli has found himself at the centre of another similar controversy with his investment in India’s official kit sponsor and merchandise partner coming to light.

The Indian team in Australia, in fact, is wearing the kit with MPL’s name on it.

While the earlier conflict, where he was blamed for violating 38 (4) for holding two posts of (a) a current player and (c) a contractual entity, is yet to be addressed, Board of Control for Cricket in India (BCCI) officials are reluctant to open up on the latest conflict although they say finding a case of direct conflict or significant commercial interest or position of influence in it may be difficult as per the new constitution.

According to the newspaper report, Kohli was given 68 CCDs in February, 2019, for Rs 33.32 lakh in Galactus Funware Technology Private Limited and these debentures will be converted to 68 equity shares at the end of 10 years giving him 0.051 per cent stake in the company.

The Board officials have put the onus on the BCCI Ethics Officer Justice DK Jain.

“This case falls under the purview of Justice DK Jain, the Ethics Officer-cum-Ombudsman. As far as the Board is concerned, it can’t do much. Besides, this appears to be a very small, insignificant investment and was done over one and a half years before the MPL got the rights. It is hard to establish if he knew that this company would invest in BCCI’s kit. Also the 0.051 per cent stake doesn’t give him much influence and none of the directors/owners in the company co-own or are co-directors of any other company with Kohli,” said an official.

It is unlikely that Justice Jain will look into the matter unless a complaint is filed. As it is, he is yet to pass any judgment on the earlier complaint over conflict of interest filed over six months back. Repeated calls to him by IANS went unanswered.

The earlier complaint argues that being the current captain/player as well as being a director with commercial interests at Virat Kohli Sports LLP and Cornerstone Ventures Private Limited that are co-owned by Sajdeh, who is also the owner of Cornerstone Sports and Entertainment Private Limited, the India captain can be deemed to hold a position of influence and hence the conflict. Apart from Kohli, Cornerstone Sports and Entertainment Private Limited has India cricketers, KL Rahul, Umesh Yadav, Ravindra Jadeja, Kuldeep Yadav, Rishabh Pant and Shubman Gill also as its clients.