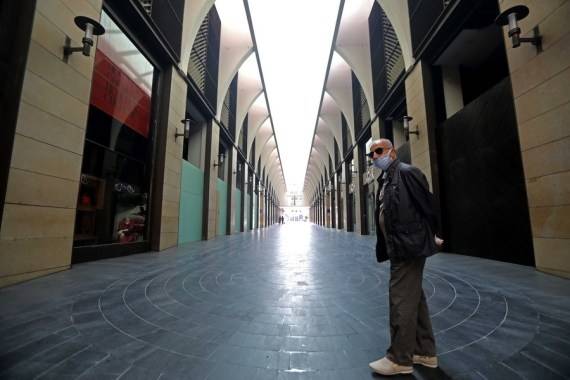 Lebanon’s parliamentary Health Committee has recommended a three-week lockdown to curb the unprecedented surge in Covid-19 cases and reduce pressure on the health sector.

In a statement on Saturday, Head of the Health Committee Assem Araji emphasized the need to close the country for three weeks as the health sector is on the verge of collapse, reports Xinhua news agency.

An official decision on a lockdown is expected to be taken Monday.

Since the onset of the pandemic earlier last year, Lebanon has reported more than 184,000 confirmed coronavirus cases and 1,479 deaths.

After imposing tight restrictions in November 2020 to curb the spread of the pandemic, the Lebanese government eased the curbs before the December holidays, pushed a curfew back to 3 a.m. and allowed nightclubs and bars to reopen, reports Arab News.

Araji further siad in the statement that 100 patients had entered ICUs in the first two days of January.

“The death toll has reached 422 in one month, and the occupancy rate of ICUs has become 95 per cent, which necessitates imposing a three-week full closure across the country as soon as possible because the health sector is also in danger and heading toward disaster.

“There are about 2,000 doctors and nurses in quarantine as they have contracted Covid-19,” the Arab News reported quoted Araji as saying.

“Hospital emergency departments are full of patients,” the committee said.

“There are only 51 vacant intensive care units out of 515 rooms in all Lebanese hospitals. The remaining ICUs are filled with critical cases.”

The Secretary-General of the Lebanese Red Cross, Georges Kettaneh, said that hospitals in Beirut were no longer able to accommodate new cases.

“We are contemplating with the concerned parties the possibility of transferring these patients to hospitals outside Beirut and Mount Lebanon.”