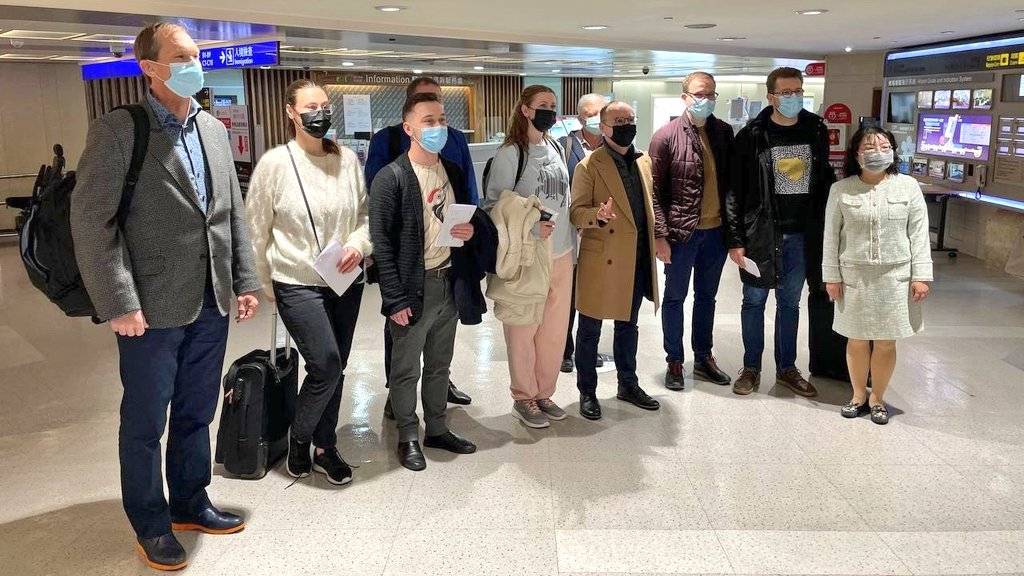 The delegation has come to attend the 2021 Open Parliament Forum, which will commence from December 2 in Taipei City…reports Asian Lite News

Amid an increase in the military threats from China, a parliamentary delegation from Lithuania landed in Taiwan on Sunday to attend the 2021 Open Parliament Forum.

The delegation, led by the chair of the Lithuanian parliament’s Taiwan Friendship Group Matas Maldeikis was greeted by members of the Ministry of Foreign Affairs (MOFA) upon their arrival, Taiwan News reported citing the CAN.

The delegation has come to attend the 2021 Open Parliament Forum, which will commence from December 2 in Taipei City, Taiwan Today reported.

The forum is aimed at underscoring Taipei’s commitment to expand partnerships with members of the democratic world, the Ministry of Foreign Affairs of Taiwan informed.

According to the ministry, 10-plus lawmakers from Europe and Latin America are expected to attend the forum.

This came days after Taiwan opened its first-ever representative office in Lithuania, the decision which irked China.

China had lashed out at this decision from Taipei and also expressed anger against Lithuania over the latter’s decision to allow the use of “Taiwanese” in Taipei’s representative office.

Earlier, Far Eastern Group the conglomerate, comprising of nine listed companies with commercial interests spanning construction materials, retail, hotels, energy, and the Internet in China, Malaysia, Singapore, Thailand, and Vietnam have been accused by Beijing of sponsoring the election campaigns of Su Tseng-chang, the incumbent president in Taiwan, according to the Asia Times.

However, ruling the Democratic Progressive Party (DPP) in Taiwan has mentioned that the company did not have a clear political preference as it had donated to politicians from both the opposition Kuomintang (KMT) and the DPP.

Founded in 1937, the Far Eastern Group was a major textile product maker in Shanghai when the Republic of China (ROC) was the ruling regime on the mainland. When the ROC retreated to Taiwan in 1949, the company’s founder Hsu Yu-Ziang, Douglas Hsu’s father, also moved his businesses to the island.

The group has diversified to many other sectors, including power, construction materials, transportation, telecommunication, retail, and chemicals industries, becoming one of the five major family businesses in Taiwan, according to the Asia Times.

In 1993, the Far Eastern Group started to expand its presence in mainland China starting with the retail businesses in Shanghai. In 1996, it is Far Eastern New Century unit expanded its chemical fibre and textile businesses to Shanghai and Jiangsu

Further, in the recent past, China has started to push aggressive actions against Taiwan or those who promote Taiwan’s independence in mainland China.

On the other hand, Chinese President Xi Jinping and United States President Joe Biden held a three-hour virtual meeting on November 16 to decrease the escalating tensions in the region including the Taiwan Strait (ANI).