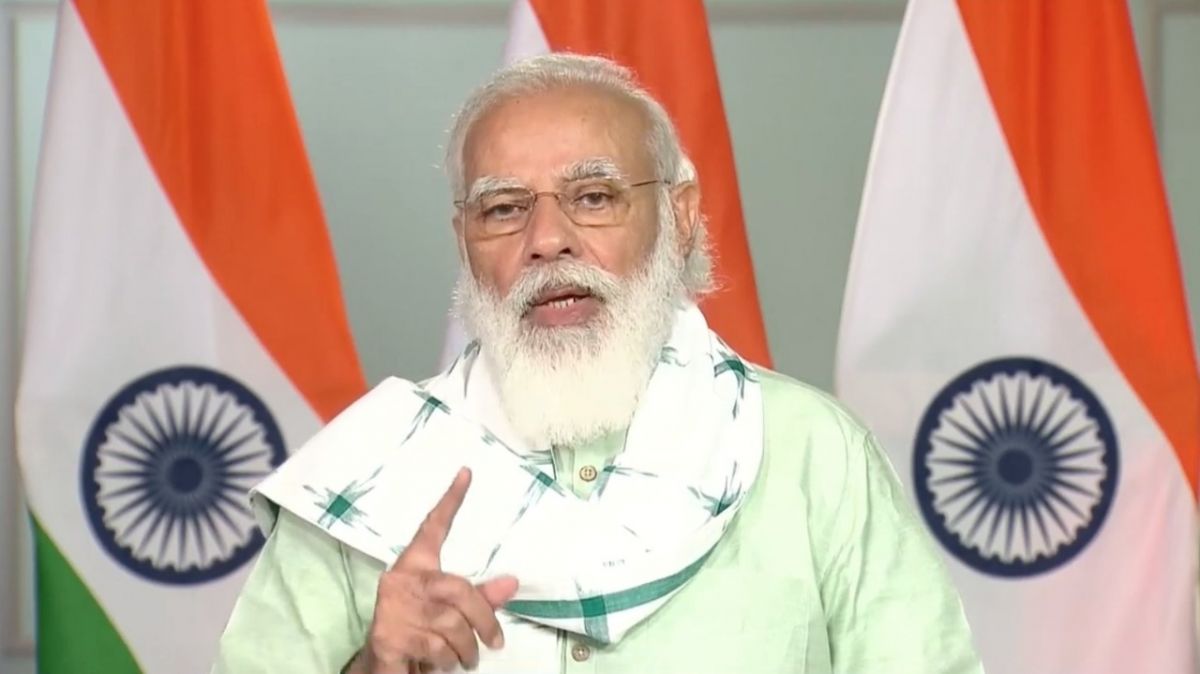 Listing the challenges, success and the way ahead to fight the second wave of the Covid-19 pandemic that has swept the country, Prime Minister Narendra Modi in an address to the nation advised state governments to use lockdown as the last resort.

Delivering the address on the eve of Navaratri, Modi said the discipline of Lord Ram and the holy month of Ramadan needs to be an inspiration to follow to avert a crisis that will save lives, economy and livelihood of Indians.

“In today’s circumstances, we have to save the country from lockdown. We have to concentrate on micro containment zones and have to try our best to avoid lockdown. Confidence by the states will greatly help the workers and labourers and they will get the vaccine wherever they are and their work will also not suffer,” Modi said.

On shortage of oxygen, Modi said, “The government is working with speed and sensitivity to meet the increasing demand of oxygen in the various parts of the country. The Centre, state governments and private sector are trying to ensure that every needy person gets oxygen. Efforts to increase oxygen production and supply are on at various levels. Measures like installing new oxygen plants, providing one lakh new cylinders, diverting oxygen from the industrial use, are being undertaken.”

Modi emphasised that the country has much better knowledge and resources to meet the challenge than the initial days of the first wave.

India on Wednesday hit another grim milestone of 2,95,041 new cases in 24 hours. With this, the country’s overall Covid tally reached 1.56 crore, according to the health ministry’s data.

In the same time span, India also reported record number of 2,023 deaths. The daily deaths crossed 2,000 for the first time since the beginning of the pandemic last year, taking the total death toll so far in the country to 1,82,553. India had reported 1,761 deaths on Tuesday.

Delhi on the edge

In the last seven days, more than 1,200 have fallen prey to Covid-19 in the national capital, which reported its highest single-day death toll of 277 on Tuesday, taking its overall toll to 12,638 till date.

Delhi reported 28,395 new Covid-19 cases, the highest single-day spike since the outbreak of the pandemic last year, while the test positivity rate rose to 32.82 per cent, according to the health bulletin issued by the Delhi government. As of now, Delhi has as many as 85,575 active cases of which 40,124 are in home isolation.

The single-day death toll in Delhi had breached the three-figure mark for the first time in 2021 on April 14 (104), after reporting 81 deaths the day before. Since then, the death toll has been steadily increasing, shattering all previous records.

Covid-19 patients are struggling to find a bed in the government hospitals and the situation is worse for those seeking beds with ventilator support.

A woman at the LNJP hospital, whose husband is admitted there since Saturday, said, “It has been more than 12 hours, but I have no information about my husband. Usually there is a facility to connect video calls, but since last night, no one is responding. I come here everyday carrying food for my husband.