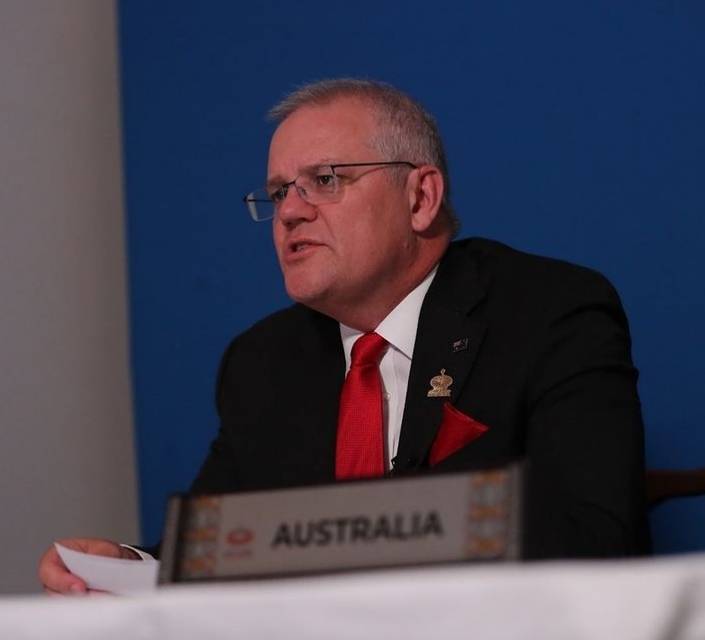 China and Australia have been facing deadlock in a trade since last year ….reports Asian Lite News

Australian Prime Minister Scott Morrison on Saturday said that new Chinese wine tariffs set to last for five years were “not ok” and deemed them as retaliation for Canberra standing up for its values.

The measures, which are set to take effect on Sunday, were described as anti-dumping duties by China in a Commerce Ministry announcement, dpa news agency reported.

Beijing and Canberra have been locked in a trade dispute that escalated last year and saw China hit wine, beef, barley and coal with trade tariffs and customs delays.

Morrison pointed to Australia’s stance against the treatment of the Uighur Muslim minority in China as a reason for the latest move, in comments reported by Australian news agency AAP.

China this week slapped sanctions on British entities and individuals after the UK made a similar move, citing human rights concerns over internment camps in Xinjiang that are estimated to have held more than 1 million people since 2017.

The UK’s action followed similar measures put in place by Canada, the European Union and the US.

Meanwhile, Australian Minister for Trade, Tourism and Investment Dan Tehan said the tariffs of between 116 and 218 per cent make it “basically impossible” for the country’s wine to compete in the Chinese market.

He said he had spoken to Australian wine industry leaders and was considering going to the World Trade Organization with the issue.