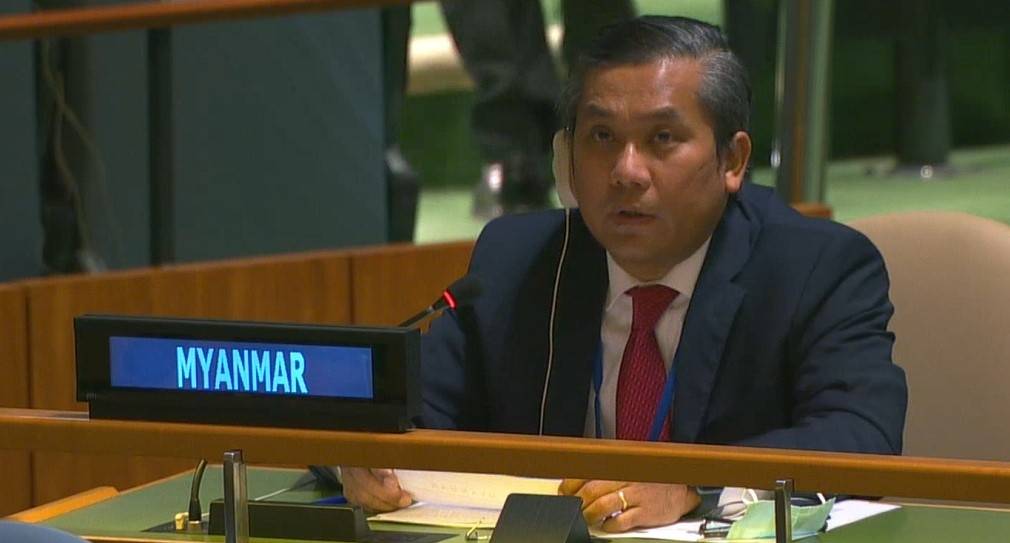 In an emotional speech, Kyaw Moe Tun said no-one should co-operate with the military until it handed back power to the democratically elected government….reports Asian Lite News

Myanmar’s military rulers said they have fired the country’s ambassador to the UN, a day after he called for help to remove the army from power.

In an emotional speech, Kyaw Moe Tun said no-one should co-operate with the military until it handed back power to the democratically elected government.

Security forces intensified a crackdown on anti-coup protesters on Saturday.

Local media say dozens were arrested, and that a woman was shot in the city of Monwya. Her condition is not clear.

The country has been rocked by protests since top government leaders, including Aung San Suu Kyi, were overthrown and detained after the army took power on February 1.

Speaking at the UN General Assembly on Friday, Kyaw Moe Tun urged the international community to use “any means necessary to take action” against the military to help “restore the democracy”, saying he was representing Suu Kyi’s ousted government.

“We need further strongest possible action from the international community to immediately end the military coup, to stop oppressing the innocent people, to return the state power to the people and to restore the democracy,” he said.

The speech was met with applause and Linda Thomas-Greenfield, the new US envoy to the body, was among those praising his remarks as “courageous”.

In a further show of defiance, Kyaw Moe Tun held up three fingers, a gesture against authoritarian rule that has been adopted by anti-coup protesters in the country.

Myanmar’s state television announced his removal on Saturday, saying he had “betrayed the country and spoken for an unofficial organization which doesn’t represent the country and had abused the power and responsibilities of an ambassador”.

In the main city of Yangon, crowds of protesters were advanced upon by police firing tear gas.