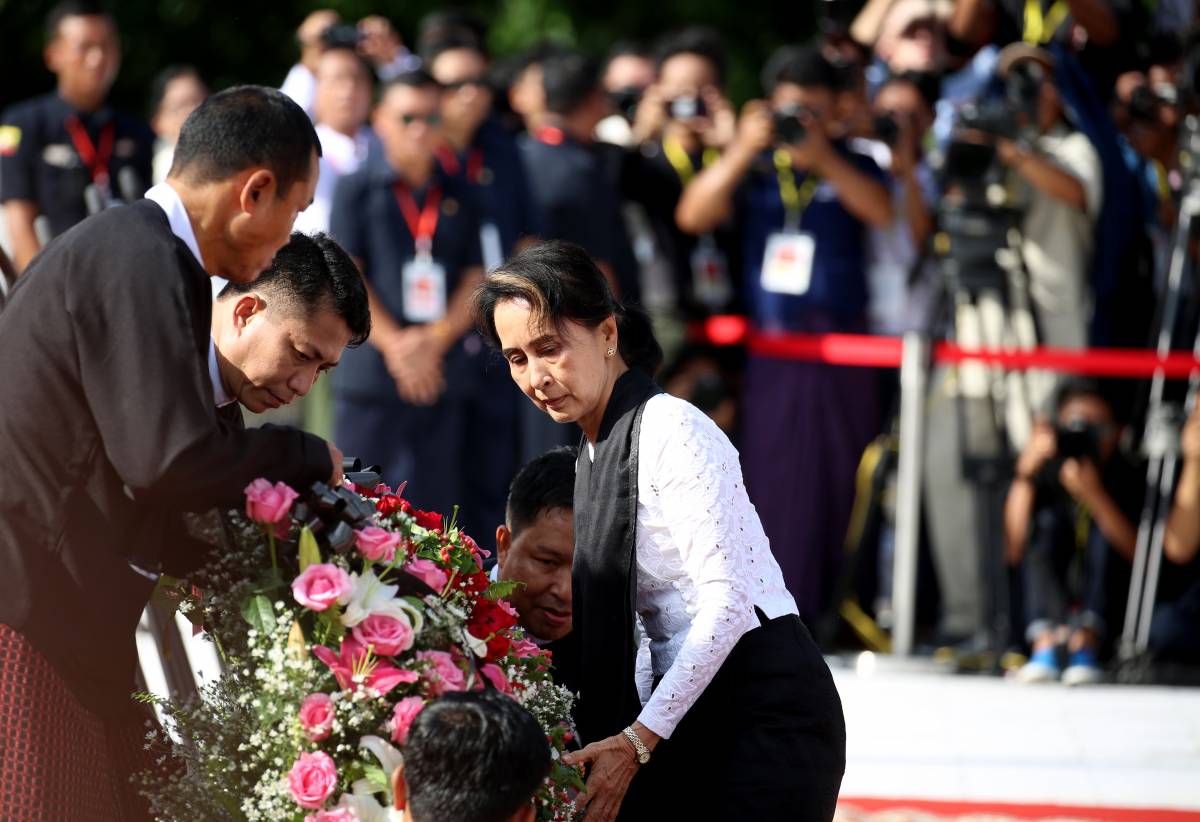 The 80-year-old patron, who is believed to be one of Suu Kyi’s trusted confidants, was taken to a district police station in Nay Pyi Taw on Thursday night…reports Asian Lite News

U Win Htein, patron of former Myanmar State Counsellor Aung San Suu Kyi’s National League for Democracy (NLD) party, has been arrested in the wake of the military coup in the South Asian country, a top official said on Friday.

The 80-year-old patron, who is believed to be one of Suu Kyi’s trusted confidants, was taken to a district police station in Nay Pyi Taw on Thursday night, Xinhua news agency quoted Kyi Toe, a member of the party’s information committee, as saying in a social media report.

Meanwhile, former President U Win Myint and Suu Kyi have been remanded in custody for violating the National Disaster Management Law and Import-Export Law until February 15, according to a senior military official.

The Oresident and the State counsellor were detained by the military, along with other NLD officials early Monday morning just ahead of declaring the coup.

The NLD had posted a statement on its social media page demanding the release of the detained leaders, acknowledge the results of 2020 general elections and stop any disturbances which are hindering the process of convening the third parliamentary session.

After the military seized control of the country, the President’s Office declared a one-year state of emergency and the state power was handed over to Commander-in-Chief of Defence Services Sen-Gen Min Aung Hlaing.

The coup was staged over the disputed results of the November 8, 2020 parliamentary polls in which the NLD obtained more than 80 per cent of the seats and increased its parliamentary majority.

The military or the Tatmadaw had called for an investigation into voting lists, alleging fraud and discrepancies.

But the Union Election Commission rejected the allegations of election fraud on January 29.