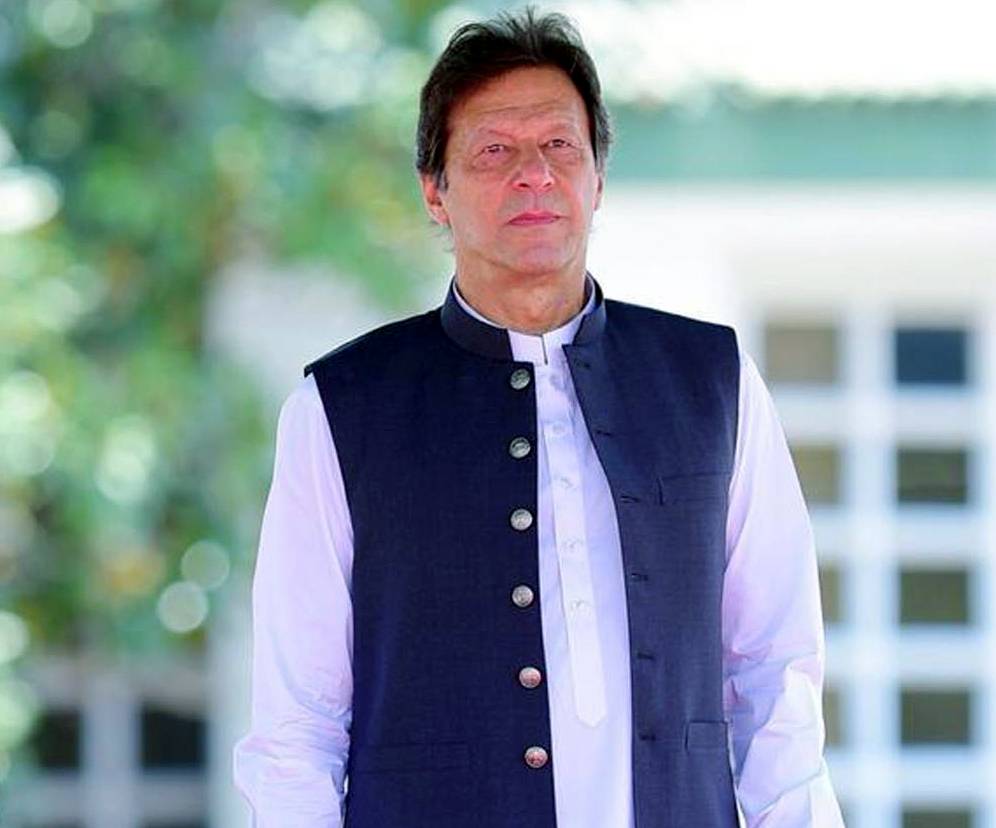 Last month, Imran’s comments on sexual violence drew severe backlash after he suggested that avoiding “temptation in society” is the way to prevent sexual violence against women…reports Asian Lite News

After facing a barrage of criticism over his remarks on rape last month, Pakistan Prime Minister Imran Khan has backtracked on his comments stating that he would “never say such a stupid thing” where a victi

m is held responsible for the crime committed against them.

“Anyone who commits rape, solely and solely that person is responsible. So let’s be clear about that. No matter how provocative the woman is or whatever she wears, the person who commits rape is fully responsible. Never is the victim responsible,” said Pakistan PM in an interview with PBS News Hour.

Last month, the Pakistan Prime Minister’s comments on sexual violence drew severe backlash after he suggested that avoiding “temptation in society” is the way to prevent sexual violence against women. He made the comments around two months after a similar controversy.

In an interview with US-based media house PBS, Khan explained his comments were taken out of context. “They were simply talking about Pakistan society where we are having a sharp rise in sex crimes,” he said.

“And I have to say because I know all the interviews I have given. Never would I say such a stupid thing where a person who is raped is somehow responsible. It is always the rapist that is responsible,” said Khan.

On the question, if the importance of Islam in the country hinders his stance for women, Pak PM said, “Absolutely not. Islam gives dignity (and) respect to women.”

His comments come amid a recent outcry over growing incidents of sexual violence in Pakistan. Official statistics in Pakistan have revealed that at least 11 rape incidents are reported in the country every day, with over 22,000 cases reported to the police in the last six years.

Pakistan slipped two spots since last year, now ranking among the four worst countries worldwide for gender equality, according to the Global Gender Gap Report 2021 by the World Economic Forum.

The body of a six-year-old girl who was raped and murdered was found in Karachi’s Korangi area, officials said on Wednesday.

The child’s body was found from a garbage dump in Korangi’s Zaman Town near her residence after a search of nearly eight hours, Dawn reported. Police carried out raids in different localities and detained around one dozen suspects for questioning.

Landhi SP Shahnawaz Chachar said the minor girl had gone missing from her house in Ghous Pak area of Korangi at around 9 pm on Tuesday.

The parents reported the incident to police at midnight, while her body was found from a garbage heap at around 5am on Wednesday with her neck broken.

“Her autopsy showed that she had been raped, sodomised and then murdered,” said additional police surgeon at the hospital.

There were “multiple injuries to the head and body and private parts”, Dr Syed said, adding that the girl’s clothes had been sealed and her visceral samples had also been collected.

Dawn further reported that as many as 2,960 major crimes against children were reported in the four provinces, Islamabad Capital Territory (ICT), Pakistan occupied Jammu and Kashmir (POJK) and Gilgit-Baltistan (GB) in 2020.

According to data released by the NGO Sahil, eight children were abused every day in Pakistan in one form or the other, while 51 per cent of the victims were girls and 49 per cent boys.

Out of the reported cases, 985 were of sodomy, 787 rape, 89 pornography and child sexual abuse and 80 were of murder after sexual abuse. Cases of abduction, missing children and child marriages were 834, 345 and 119, respectively.

Earlier a Karachi man was arrested for harassing a woman in Sharah-e-Faisal area while she was travelling in a rickshaw.

As per Geo News, the woman posted a video of her ordeal on Facebook that was widely shared on social media, after which the police had to take action against the culprit.

After posting the videos on Facebook, the woman appealed to the masses to share them as much as possible so that authorities could take action.

These reports come amid the annual report of State of Human Rights in Pakistan released by the Human Rights Commission of Pakistan (HRCP) for the year 2020 that has set alarm bells ringing over the plight of women in the country. (ANI)