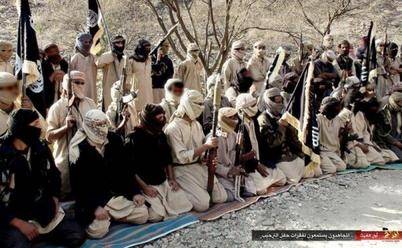 US officials have identified Pakistan as a base of operations and/or target for numerous armed, non state militant groups, some of which have existed since the 1980…reports Asian Lite News

Al Qaeda has operated primarily from Pakistan’s former Federally Administered Tribal Areas (FATA), now incorporated into the Khyber Pakhtunkhwa province; and in the megacity of Karachi, as well as in Afghanistan, according to a report by the US Congressional Research Service (CRS).

US officials have identified Pakistan as a base of operations and/or target for numerous armed, non state militant groups, some of which have existed since the 1980s, said the report.

Many observers predict a resurgence of regional terrorism and militancy in the wake of the Taliban’s takeover of Afghanistan last month, it added.

Twelve of the 15 groups listed as based in Pakistan are designated as Foreign Terrorist Organizations (FTO) under US law and most, but not all, are animated by Islamist extremist ideology.

The CRS said that among the India- and Kashmir-oriented militants, Lashkar-e-Taiba (LeT) was formed in the late 1980s in Pakistan and designated as an FTO in 2001.

Led by Hafiz Saeed and based in both Pakistan’s Punjab province and in Pakistan-occupied-Kashmir (PoK), it is more recently fronted by the ostensibly charitable Jamaat-ud-Dawa.

The LeT was responsible for major 2008 attacks in Mumbai, as well as numerous other high-profile attacks.

The Jaish-e-Mohammed (JeM) was founded in 2000 by Kashmiri militant leader Masood Azhar and was designated as an FTO in 2001. Along with the LeT, it was responsible for a 2001 attack on the Indian Parliament, among numerous others.

Based in both Punjab and in PoK, the JEM’s several hundred armed supporters operate in India, Afghanistan, and Pakistan. JEM also has openly declared war on the US.

Harakat-ul Jihad Islami (HUJI) was formed in 1980 in Afghanistan to fight the Soviet army and was designated as an FTO in 2010. After 1989 it redirected its efforts toward India, although it did supply fighters to the Afghan Taliban. With an unknown strength, HUJI today operates in Afghanistan, Pakistan, Bangladesh, and India.

Harakat ul-Mujahadeen (HUM) was designated as an FTO in 1997 and operates mainly from PoK and from some Pakistani cities.It was responsible for the 1999 hijacking of an Indian airliner, leading to the release from an Indian prison of JEM’s future founder; most HUM cadres subsequently defected to that group.

Hizb-ul Mujahideen (HM) was formed in 1989 reportedly as the militant wing of Pakistan’s largest Islamist political party and designated as an FTO in 2017. The HM’s cadre of unknown size is composed primarily of ethnic Kashmiris. Although Kashmir based, the group reportedly has key funding sources in Pakistan.

According to the US State Department’s Country Reports on Terrorism 2019 (released in June 2020), Pakistan has “continued to serve as a safe haven for certain regionally focused terrorist groups”, and has “allowed groups targeting Afghanistan, as well as groups targeting India, to operate from its territory”.

It assessed, however, that “Islamabad has yet to take decisive actions against India- and Afghanistan-focused militants,” and that “progress on the most difficult aspects of its 2015 National Action Plan to counter terrorism remains unfulfilled— specifically its pledge to dismantle all terrorist organizations without delay and discrimination”.

In 2018, the Paris-based intergovernmental Financial Action Task Force (FATF) returned Pakistan to its “grey list” of countries found to have “strategic deficiencies” in countering money laundering and terrorist financing, where it had been from 2012 to 2015.

In 2020, a senior State Department official said: “Completion of the FATF action plan is critical to Pakistan’s economic reform efforts, as well as for demonstrating sustained and irreversible action against all militant groups based in Pakistan without distinction. If Pakistan were not to meet FATF obligations or were to fail and be blacklisted, that would be devastating for Pakistan’s economic reform program and for its ability to attract investors.”

In mid-2021, FATF assessed that Pakistan had completed 26 of 27 recommended “actionplan items” and left the country’s “grey list” status unchanged.

ALSO READ: US Deputy Secretary of State due in India