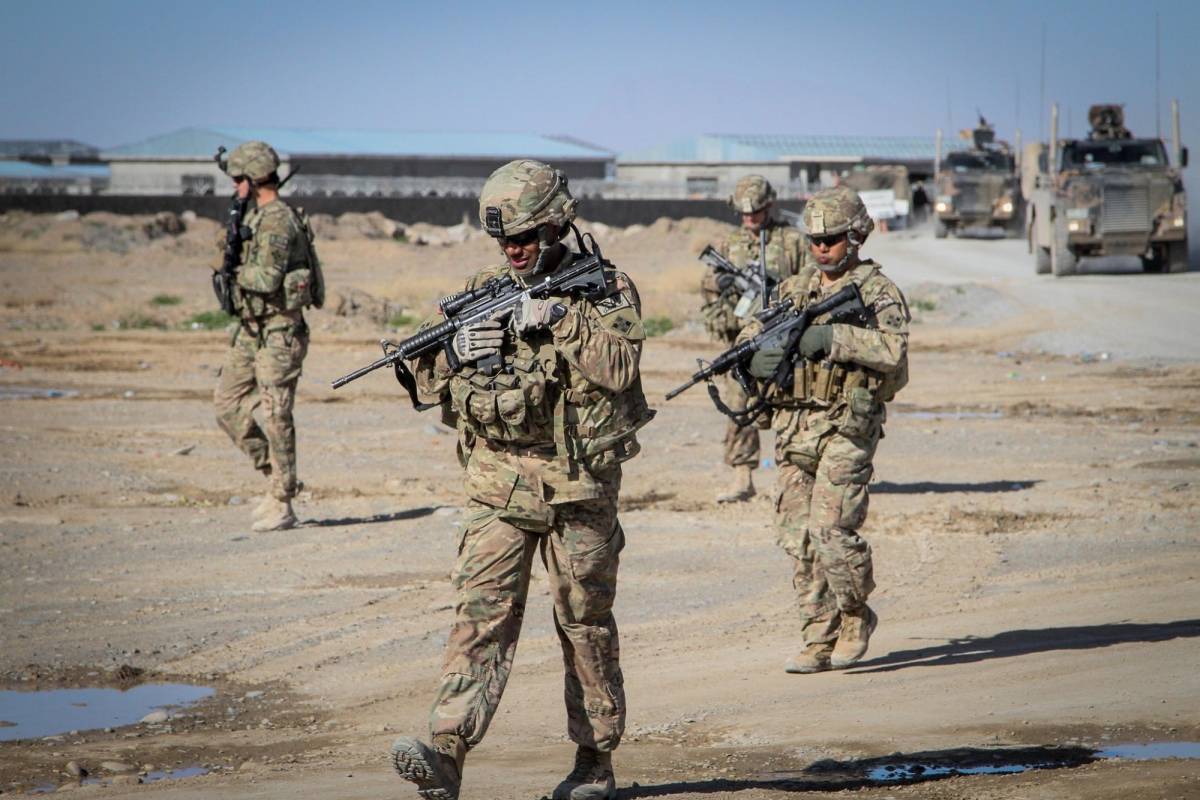 Experts believe that the return to Afghanistan would be difficult as neighbouring countries are not in favour of Washington coming back….reports Asian Lite News

US lawmaker Adam Kinzinger has deemed it will be “impossible” for the United States forces to re-enter Afghanistan if the security situation collapses in the war-torn country after a complete drawdown.

Kinzinger, a Republican US representative, was among the congressional leaders in recent days speculating that the US “may have to go back now,” US News reported.

However, when asked about the challenges of returning, Kinzinger said: “The US has the capability to do anything. But it would be a near-impossible situation.”

Experts believe that the return to Afghanistan would be difficult as neighbouring countries are not in favour of Washington coming back.

“The neighbours do not want us to come back,” says Sajjan Gohel, international security director at the London-based Asia-Pacific Foundation and an expert on the decades-long NATO presence in Afghanistan.

Russia is currently holding drills in Tajikistan on Afghanistan’s northern border to prepare for potential security threats posed by the Taliban.

However, many in the Biden administration believe that Moscow is actually exerting pressure on its former Soviet ally not to cooperate with American efforts to establish a new counter-terrorism base that would allow the US to operate in Afghanistan without having to maintain a presence there outside the embassy.

Meanwhile, Beijing has stepped up its pressure on Pakistan, following a years-long campaign of bringing Islamabad closer into alignment with Beijing’s intentions for the region – all at America’s expense.

Chinese officials are planning trips to other nearby countries the US is currently courting to, in a bid to subdue the chaos left by the power vacuum in Afghanistan and will also push ties between China and other Central Asian countries closer.

Indeed, when asked last week whether the US military had the capability to return to Afghanistan should it need to, Pentagon spokesman John Kirby declined to comment on what he called a hypothetical question, saying the military was focused on “transitioning to a renewed relationship with Afghan forces.”

“And, again,” Kirby added, “the president has been very clear that we are going to maintain and retain a counterterrorism capability commensurate with whatever threat might emanate out of Afghanistan toward the homeland.”

Meanwhile, the US welcomed talks between Afghanistan and the Taliban held from July 17-18 in Doha.

In a statement, US Department of State spokesperson Ned Price said, “The United States welcomes the talks held July 17-18 between senior leaders of the Islamic Republic of Afghanistan and the Taliban in Doha and the commitment the two sides have declared to accelerate negotiations towards an inclusive political settlement. Only a negotiated settlement can bring a lasting end to over 40 years of conflict in Afghanistan.”

The United States urged the Taliban to uphold the commitment in the Joint Declaration to protect Afghanistan’s infrastructure, protect civilians, and cooperate on humanitarian assistance.

Price commended the leadership of the State of Qatar in bringing the parties together as well as the United Nations for the essential role it is playing.

“We remain committed to working alongside the international community and Afghanistan’s neighbours in advancing the Afghanistan peace process and supporting the people of Afghanistan in achieving the just and lasting peace they deserve,” added Price. (ANI)