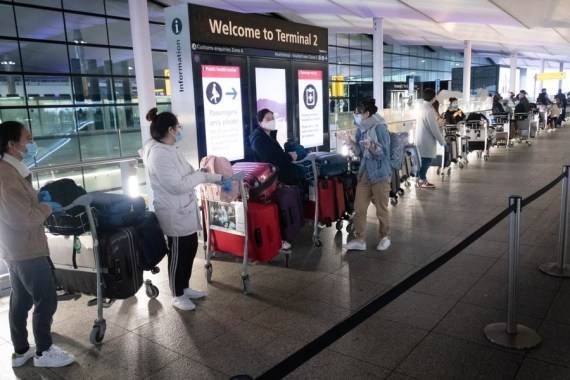 According to the UK government’s “roadmap” towards unlocking , the earliest date people in England could go for a foreign holiday is May 17…reports Asian Lite News

Staring from March 29, the UK will impose a 5,000 pound fine on anyone from England travelling abroad without a valid reason, such as a medical emergency, as part of the government’s new Covid-19 laws, the media reported on Tuesday.

MPs are due to vote on a legislation, which includes the penalty, on Thursday, the BBC reported.

According to the UK government’s “roadmap” exiting the lockdown, the earliest date people in England could go for a foreign holiday is May 17.

Currently for the Britons, foreign holidays are not allowed and returning travellers have to quarantine.

Under the new Covid-19 laws,anyone who leaves England for a destination outside the UK without a reasonable excuse, such as for work, education or medical treatment, could face the hefty fine.

Anyone travelling abroad has to fill in a “Declaration to Travel” form, stating a valid reason for leaving the country.

Speaking to the BBC, Health Secretary Matt Hancock said restrictions on travelling abroad was necessary in order to curb the spread of the disease, as well as to restrict the entry of new variants of the virus.

While the caseload is the sixth largest in the world, the death toll is the fifth highest.