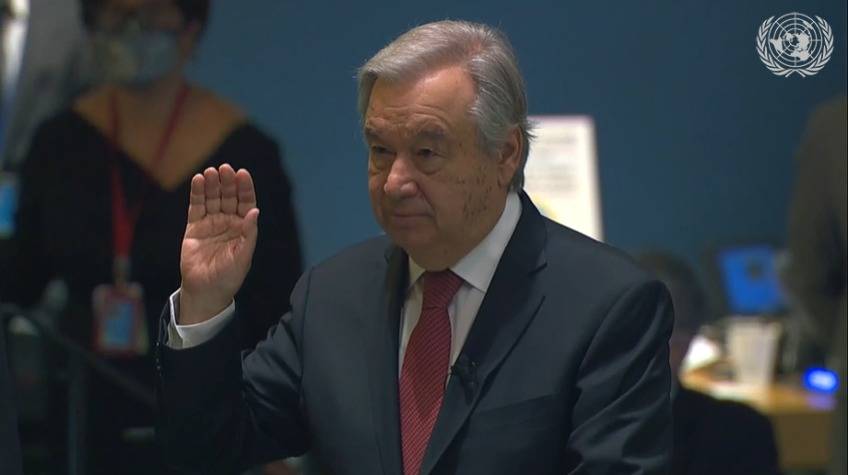 The Blue Line is a border demarcation between Lebanon and Israel published by the United Nations in 2000….reports Asian Lite News

UN Secretary-General Antonio Guterres repeated his call on Sunday for calm on the Lebanon-Israel border.

“The secretary-general expresses his deep concern about the recent escalation between Lebanon and Israel across the Blue Line, including rocket fire into Israel and returns airstrikes and artillery fire into Lebanon,” said Guterres’ press office in a note to correspondents.

The Blue Line is a border demarcation between Lebanon and Israel published by the United Nations in 2000.

The secretary-general calls on all parties to exercise utmost restraint and to actively engage with the liaison and coordination mechanisms of the UN Interim Force in Lebanon, said the press office. “It is paramount that all actors involved avoid actions that can further heighten tensions and lead to miscalculation.”

Guterres made a similar call on Friday.

The latest escalation came as Lebanon is struggling both politically and economically, one year after the devastating Beirut Port blast.

Speaking at a cabinet meeting on Sunday, Bennett said that the Lebanese government and army “should take responsibility for what happens in their backyard”, reports Xinhua news agency.

The Prime Minister made the remarks a day after the armed Lebanese group, Hezbollah fired rockets at Israeli territory.

Hezbollah leader Sayyed Hassan Nasrallah also said that the Lebanese Shia movement does not fear any Israeli war and “we are fully prepared for the war and we are certain that we will win it”.

On August 6, about 19 rockets were fired at northern Israel by Hezbollah, causing no injuries.

The Israeli army said in a statement that most of the rockets were intercepted by its aerial defence systems and the rest landed in open areas adjacent to the Lebanese-Israeli border.

Hezbollah said the rockets were in retaliation to the Israeli airstrikes in southern Lebanon a few days earlier.

The airstrikes were carried out after three rockets were fired from Lebanon towards Israel on August 4, causing no injuries.

Israel said the rockets were fired by a Palestinian group. (ANI/Xinhua)