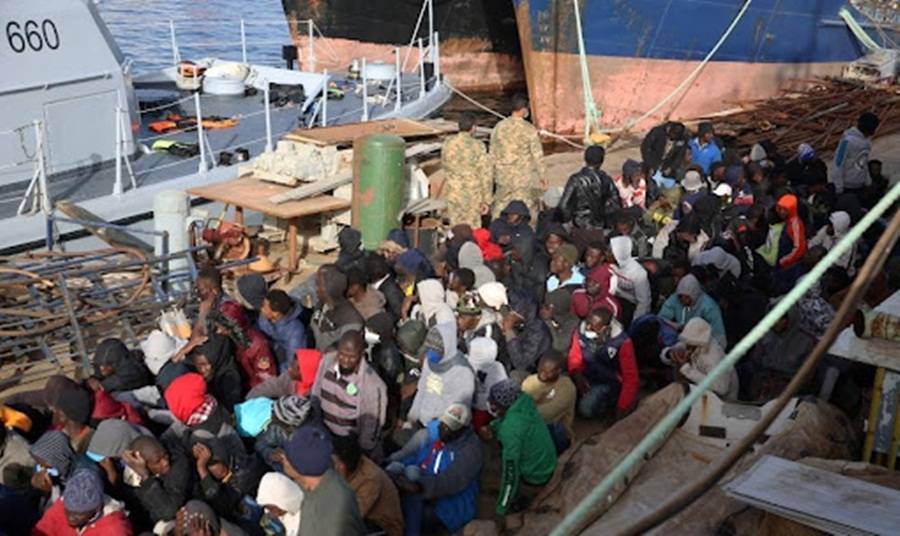 Libyan authorities have arrested 541 illegal migrants in the city of Misurata, some 250 km east of the capital Tripoli, as they were attempting to cross the Mediterranean sea towards Europe…reports Asian Lite News

The migrants were arrested at the shore and taken to the Tariq al-Matar reception centre in Tripoli, where they will receive humanitarian assistance before being deported to their home countries, Xinhua news agency quoted Abdussalam Alewan, director of the facility, as saying.

Libya has been suffering insecurity and chaos since the fall of the late leader Muammar Gaddafi in 2011, making the North African country a preferred point of departure for illegal migrants who want to cross the Mediterranean Sea to European shores.

ALSO READ:UNHCR commends release of 64 refugees from detention in Libya

A total of 4,013 illegal migrants were rescued and returned to Libya this year, including 381 women and 169 minors, according to the International Organization for Migration (IOM).

In 2021, a total of 32,425 illegal migrants were rescued and returned to Libya, while 662 lost their lives and 891 others went missing off the Libyan coast on the Central Mediterranean route, IOM revealed.