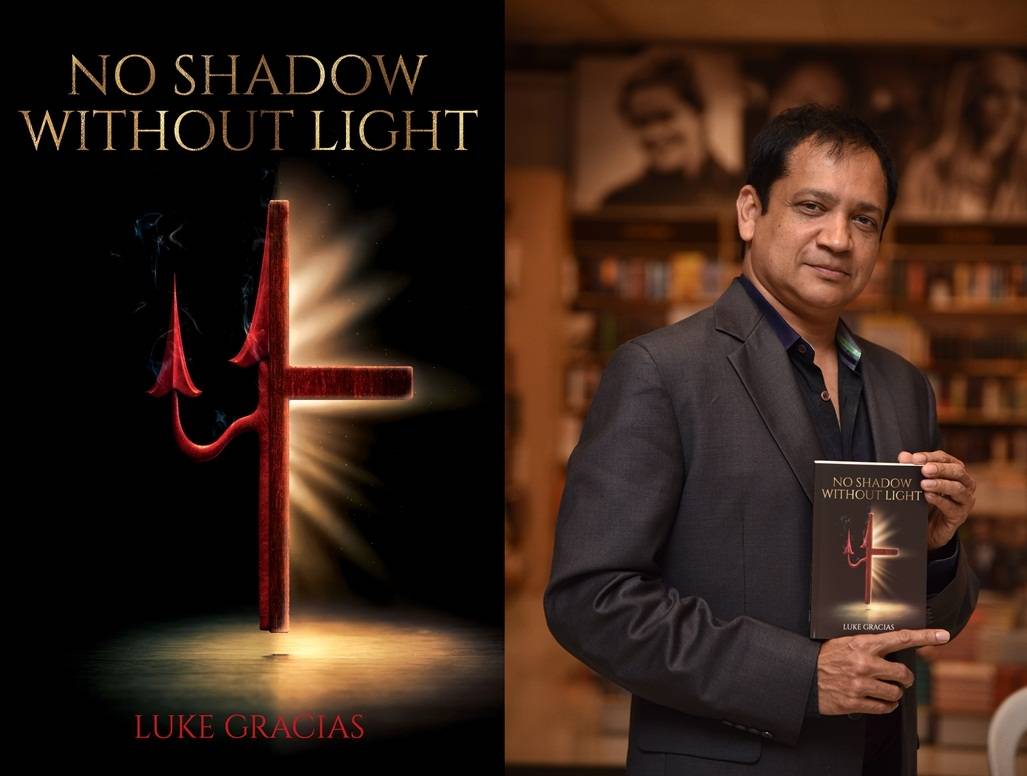 ‘No Shadow Without Light’ is the long-awaited sequel to ‘The Devil’s Prayer’, a finalist in 2016 at the Australian Shadow Awards established by the Australian Horror Writers Association…reports Asian Lite News

In a world desensitised to environmental documentaries, historical fiction novels of Mumbai-born Luke Gracias allegorically tell the story of an impending apocalypse. The highway to Armageddon is signposted by historical texts, monuments and climatic events humankind chooses to ignore.

These features in ‘No Shadow Without Light’ (Write Place/Crossword), a must-read environmental bestseller which is a call to action to protect the “tools of survival” needed by the next generation.

It’s centred around The Devil’s Bible, currently held in the National Library of Sweden. It has 12 missing pages, rumoured to contain an apocalyptic text known as The Devil’s Prayer – pages written for Jess Russo, the child of the Devil, to find and unleash Armageddon. Only her elder sister Siobhan can stop her by finding these pages first.

From the Templars of Tomar to the Doomsday Chest in London, from the Curse of Amir Temur to the Shadowless Pagoda of Wuhan, the sisters race along the trail of destruction unleashed by each page. For every page that Jess finds, people are encouraged to be selfish, and hoard for themselves, erasing the chances of survival of other species and our future generations. Siobhan appeals to the selfless to protect our resources for the future.

This book is a prayer of despair and hope.

Gracias graduated in Marine Engineering before migrating to Australia in 1992. He completed a Masters in Environmental Engineering from the University of Melbourne in 1995. He has worked as an Environmental Specialist for over 25 years consulting for multinational mining, oil and gas, infrastructure and transport companies. An avid photographer, he has travelled extensively to encourage international companies to bring cutting-edge environmental technologies into Australia.

In 2007, he started a film production company called Instinct India, which line-produced the Australian shoot of ‘Singh is Kinng’, a major Bollywood box office hit of 2008. He decided to learn the art of story-telling and undertook a number of courses in creative writing and film production. In 2014, he developed ‘The Devil’s Prayer’ as a film script. In 2016, he converted the script into his debut novel.

‘No Shadow Without Light’ is the long-awaited sequel to ‘The Devil’s Prayer’, a finalist in 2016 at the Australian Shadow Awards established by the Australian Horror Writers Association.