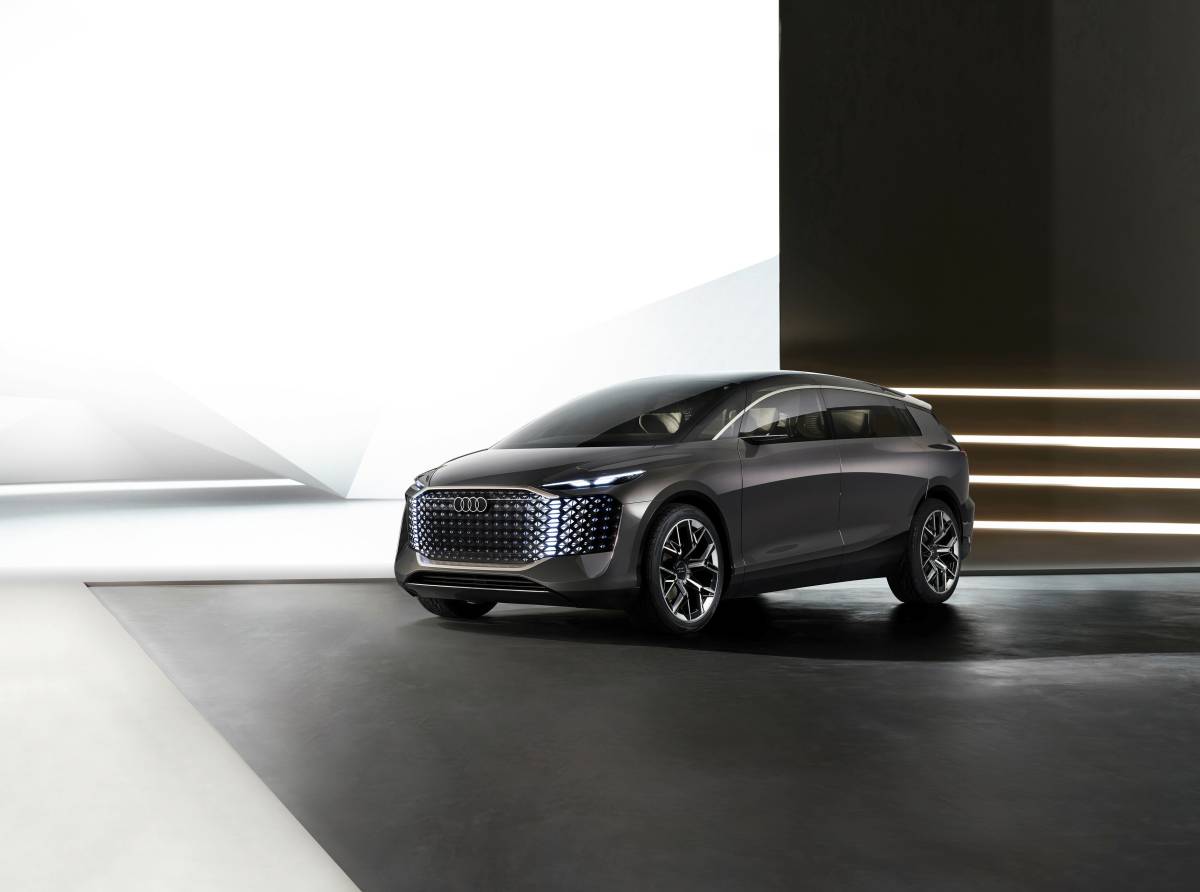 Systematically designed from the inside out, Audi has unveiled plans for the Audi urbansphere concept car. Designers and engineers initially created the Audi urbansphere for use in traffic-dense Chinese megacities, although the concept is also suitable for any other metropolitan centre in the world. In these urban areas, where personal space is in particularly short supply, the concept car offers the largest interior space of any Audi to date. It intelligently coordinates this with technologies and digital services that appeal to all the senses and offer a whole new level of experience.

Markus Duesmann, Chairman of the Board Management at AUDI AG: “In order to meet the demands of our Chinese customers, Audi’s design studios in Beijing and Ingolstadt worked together closely to jointly develop the Audi urbansphere concept car. For the first time, potential customers in China could also take part in the development process, contributing their own desires and perspectives as part of a process known as ‘co-creation’.”

The result can be seen in the Audi urbansphere concept and its particularly striking interior. The spacious automobile acts as a lounge on wheels and a mobile office, serving as a living space during the time spent in traffic. To this end, the Audi urbansphere combines the luxury of complete privacy with a comprehensive range of high-tech features on board, even during the daily rush hour. Automated driving technology transforms the interior, in which a steering wheel, pedals, or displays are notably absent, into a mobile interactive space that provides a gateway to a wider digital ecosystem.

Audi sphere – first class to the power of three

Audi skysphere, Audi grandsphere, and Audi urbansphere are the three concept cars that the brand with the four rings has developed to showcase its vision for the world of premium mobility of tomorrow. In the process, Audi is creating a vehicle experience that goes far beyond the purpose of merely spending time in a car to get from point A to point B.

Sphere number 1: The electrically driven roadster Audi skysphere concept debuted in August 2021. It presented a spectacular vision of a self-driving GT that transforms into a self-driving sports car with a variable wheelbase.

Just a few weeks later, Audi unveiled the second model in the sphere series, the Audi grandsphere concept, at the IAA 2021. This large four-seater sedan exemplified the brand’s ambition to define the future of progressive luxury.

What both concept cars have in common with the Audi urbansphere is that the entire concept is based on level 4 autonomous vehicle technology. Audi is currently working with CARIAD, Volkswagen Group’s software business, to introduce this technology within the second half of the decade.

The heart of the drive system is the 800-volt charging technology. It ensures that the battery can be charged with up to 270 kilowatts at fast-charging stations in the shortest possible time. As such, charging times approach those of a conventional stop to refuel a car powered by an internal combustion engine: just 10 minutes are enough to charge the battery to a level sufficient to power the car to travel more than 300 kilometres (186 miles). In addition, the battery, which holds more than 120 kilowatt hours, can be charged from 5 to 80 percent in less than 25 minutes. This means that a range of up to 750 kilometres (466 miles) can be expected, according to the WLTP standard – and even when used for more energy-intensive city and short-distance trips, it is generally possible to avoid making unexpected stops to charge.

The Audi urbansphere concept’s two electric motors are capable of delivering a total output of 295 kilowatts and a system torque of 690 newton metres. These are impressive figures that are often not fully utilised when driving in dense urban traffic. Nevertheless, the Audi urbansphere is still equipped with permanent quattro four-wheel drive – an essential feature for the brand’s high-performance models.

As part of Audi’s vision of progress and plans for future mobility, one of these new concept cars, the Audi urbansphere, is currently on display at the Museum of the Future this Ramadan as part of a new partnership.

Minors banned from live streaming on social media in China