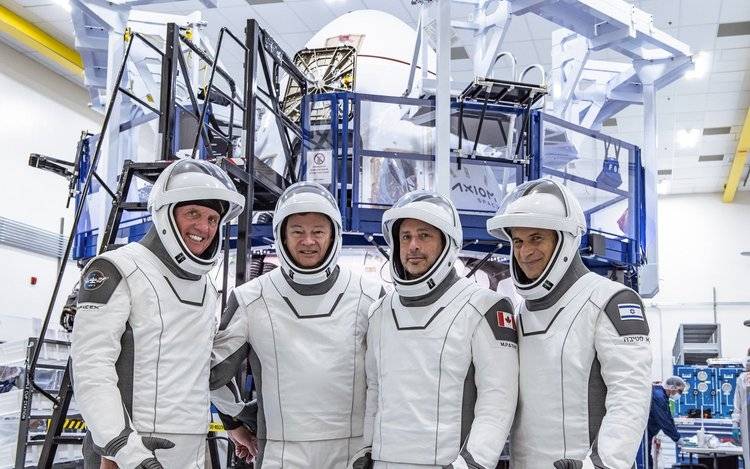 The SpaceX Dragon Endeavour spacecraft undocked from the space-facing port of the International Space Station’s Harmony module at 9:10 p.m. EDT, and had a splashdown off the coast of Jacksonville, Florida, at 1:06 p.m. EDT on Monday.

“Splashdown! The #Ax1 astronauts have made a safe return to Earth in @SpaceX Dragon after completing the first all-private crew mission to the @Space_Station and paving a path for a future of innovation in low Earth orbit,” Axiom Space wrote in a tweet.

Ax-1 mission, which was initially planned for 10 days, was scheduled to arrive on Earth on April 20, but predicted bad weather in the splashdown zone pushed things back. And these poor conditions persisted, causing additional delays.

SpaceX Dragon Endeavour, the Ax-1 spacecraft, returns to Earth with more than 200 pounds of science and supplies, including NASA experiments and hardware.

“Thanks once again for all the support through this amazing adventure that we’ve had,” Lopez-Alegria shared on Twitter after undocking from the ISS.

“Even longer and more exciting than we thought. We really appreciate your professionalism, and with that we’ll sign off,” he added.

The Ax-1 crew is the first all-private crew to travel to the ISS. Ax-1 is the first of several proposed Axiom missions to the ISS and an important step toward Axiom Station, the world’s first private space station in low-Earth orbit, which can serve as a global academic and commercial hub.

Elon Musk’s space venture SpaceX has been contracted to fly three more Axiom astronaut missions to the ISS over the next two years.