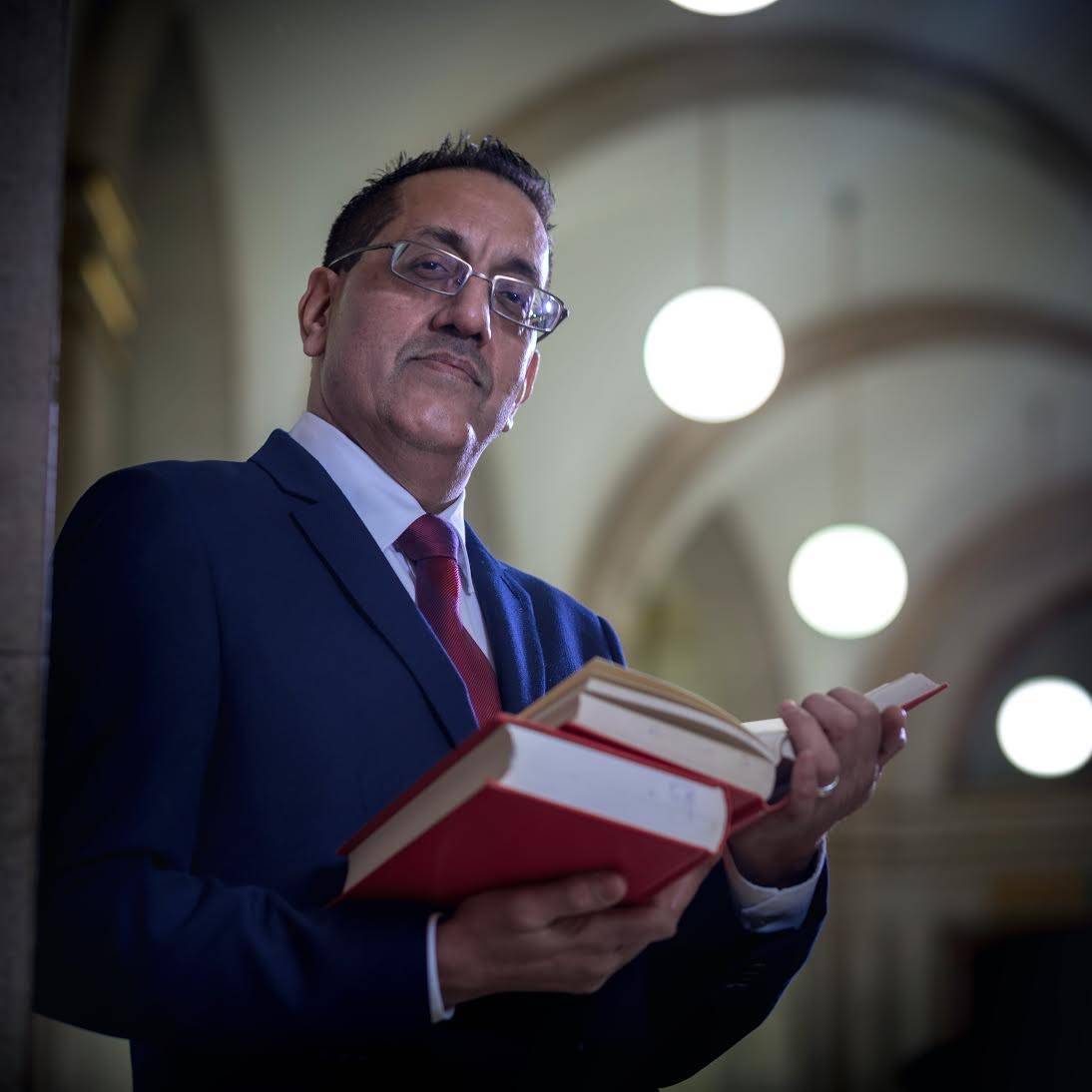 “It is a huge privilege and honour to serve the University of Manchester as Chancellor,” Nazir Afzal said. “This son of immigrants, born in an impoverished inner city terraced house, could never have imagined that my journey would take me here, and I intend to remind people that this extraordinary institution represents the best this country has to offer. ”

The former Chief Crown Prosecutor for North West England lives in Manchester and was most recently Chief Executive of the country’s Association of Police and Crime Commissioners. During his 24-year career, Nazir Afzal prosecuted some of the highest profile cases in the country, advised on others and lead nationally on issues such as violence against women and girls, child sexual abuse, and honour based violence.

He had responsibility for more than 100,000 prosecutions each year and his prosecutions of the so-called Rochdale grooming gang and hundreds of others were acknowledged to change the landscape of child protection.

Giving considerable time to charitable work, he sits on the Independent Press Standards Organisation, is National Adviser on Gender Based Violence to the Welsh Government, and an independent member of Oxfam’s Safeguarding and Ethics Committee.

His memoirs “The Prosecutor” published in 2020 are currently being adapted for a British multipart drama and he has been commissioned to write his next book “Race to the Top”.

“I am delighted to welcome Nazir, who has an incredible record of public service and who personifies our University’s values,” said Professor Dame Nancy Rothwell, President and Vice-Chancellor. “I look forward to welcoming him to the University community and working with him to promote our ambitious plans over the coming years.

“I would also like to pay tribute to Lemn for his tremendous work over the past seven years. He has been an amazing supporter of our University, bringing life to the role – a ceremonial office with significant ambassadorial responsibilities – thanks to his star quality and wholehearted enthusiasm. It has been a pleasure working with him.”

Chancellor, Lemn Sissay OBE, commented: “I have had a wonderful seven years as Chancellor of the University. While my time in this particular role will end this summer, I look forward to continuing my close relationship as an honorary chair in creative writing. I do wish Nazir all the best as the next Chancellor of this unique, world-leading University.”

During his 24 year career, Nazir has prosecuted the most high profile cases in the country and advised on many others – leading nationally on several legal topics including violence against women and girls, child sexual abuse, and honour based violence. He had responsibility for more than 100,000 prosecutions each year. His prosecutions of the so called ‘Rochdale grooming gang’ and hundreds of others were ground-breaking and changed the landscape of child protection.

His memoirs “The Prosecutor” published in 2020 are currently being adapted for a British multipart drama. He has been commissioned to write his next book “Race to the Top” for Sept 2022. His BBC R4 ‘Desert Island Discs’ programme was the 3rd most listened to in 2021. His podcast ‘Fear or Favour’ has been given rave reviews.

Nazir is a tutor for several leadership programmes in the public and private sector. He has made presentations to dozens of diverse organisations in this country and abroad. He has given hundreds of interviews in all forms of media. Nazir gives a considerable amount of time to charitable work and is Trustee and Patron of several NGOs including Service Six, DV Assist, Jan Trust, Samantha Sykes Foundation, Karma Nirvana, Halo Project & Savera UK and was Chair of the Prince of Wales’ Mosaic Trust.

He is an Honorary Fellow of the University of Central Lancashire and Glyndwyr University, and awarded Honorary Doctorates in Law by the University of Birmingham, Manchester, Bradford, Leicester & London South Bank Universities. He has chaired conferences in New York, Madrid, Paris, Norway and Geneva. He has assisted the Governments of Somalia, Ukraine & Pakistan on Rule of Law reform.

Nazir has received many accolades, in 2005, he was awarded an OBE by the Queen for his work. He has also had the honour of being the only lawyer to ever prosecute a case before the Queen. In 2007, he received the UK Government’s Justice Award 2007 and was awarded the Daily Mirror newspaper “People’s award” voted for by readers. Nazir was also selected for the Asian Power 100 along with the Muslim Power 100 list, recognised as one of the 100 most influential leading Muslims and Asians in the UK.  He is listed in the Pakistan Power 100 which regards him as one of the 100 most influential people of Pakistani origin in the world today. He was Asian Media Group’s “Man of the Year 2012.” Most recently, he received the Lifetime Achievement Award at the Pride of Birmingham awards 2022. The acclaimed BBC Film “Three Girls” was based on his case.