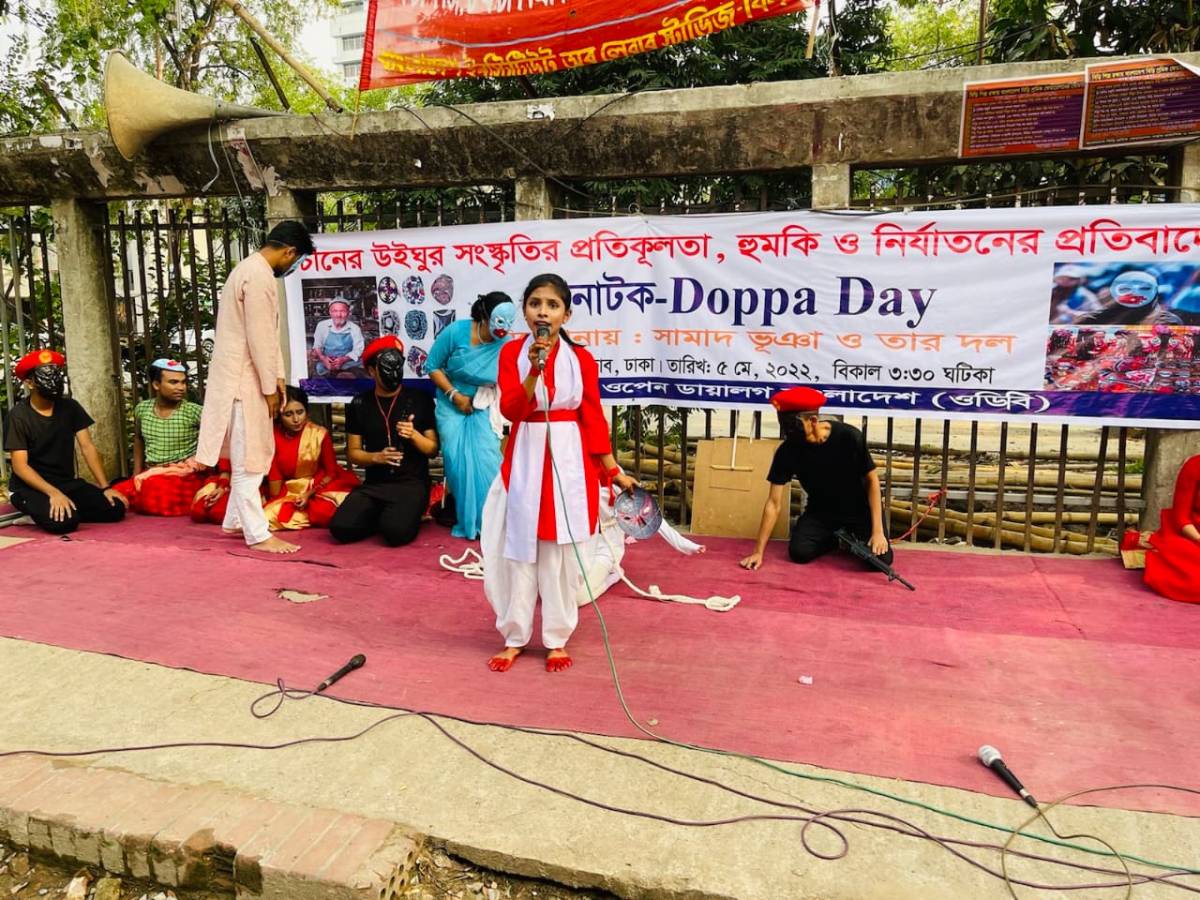 On May 5, every year Uyghur Community around the world observe and celebrate Doppa Day. Doppa is a traditional hat worn by the Uyghurs to celebrate and protect their cultural heritage.

Bangladesh, a Muslim majority country, also shows its solidarity with the Uyghur Muslims of Xinjiang. Every year, NGOs all around the country celebrate this day to share their spirit of Ummah with minorities of Xinjiang province.

The BBSS Welfare Association observed Uyghur Doppa Day on Thursday, May 5, in solidarity with the Muslim Uyghurs of Xinjiang, China.
A bicycle rally and protest meeting was organized by BBSS Welfare Association. A bicycle rally that started from Police Plaza at Nikunj in Gulshan-1 went to Gulshan Avenue 1 and 2 and ended at Police Plaza. Later a brief protest meeting was held here. Students of different schools and colleges, journalists and leaders and activists of political parties          took   part    in it.

The protest meeting was presided over by the founding chairman of the organization Tawfiq Ahmed Tafsir. Emdadul Haque Chalek, central leader of Jatiya Swechchhasebak Party, Mohiuddin, central leader of Bangladesh Jasdar party, Nasir Uddin Munshi, central leader of Jatiya Party participated in the brief discussion conducted by Shafiqul Islam, secretary general of the organization and producer          of Gazi TV.Open dialogue Bangladesh(ODB) through a group of theatre artists organized a street play in front of  National Press Club staged by Samad Bhuiyan and his team to mark the occasion of Doppa Day(May 5th). The team creatively used Uyghur masks and Doppa hats to convey the sufferings of Uyghurs, which still continues in Xianjiang violating all provisions of UN Genocide Convention. Later, the artists were seen distributing Doppa hats.

A demonstration was organized by Muktijoddha Mancha on May 5, 2022 at GEC More, Chattogram (3 pm), to protest against China’s excesses on Uyghur Muslims in East Turkistan. Minority Uyghurs’ Doppa (Hats for Muslims – which were banned in China) Day celebration on May 5 was commemorated by highlighting Chinese suppression upon this Muslim community, through banners and posters explaining and displaying their inhuman conditions prominently.

Muktijoddha Mancha organized another protest on the same issue at Saheb Bazaar, Rajshahi, on the same date and same time. Muktijoddha Mancha also pasted posters and painted walls, depicting human rights violations against Uyghur Muslims, prominently, all across Dhaka University campus, especially in front of Confucious Centre and Institute of Modern Languages (which houses Chinese Language Centre). Later, Muktijoddha Mancha submitted a petition to the UNHRC and Amensty International calling attention to these human rights violations. The demonstrations were well taken by Bangladeshis, who just after the Eid celebrations (on 3rd May) showed solidarity with the Uyghur Muslims of Xinjiang province in China, understanding their plight.