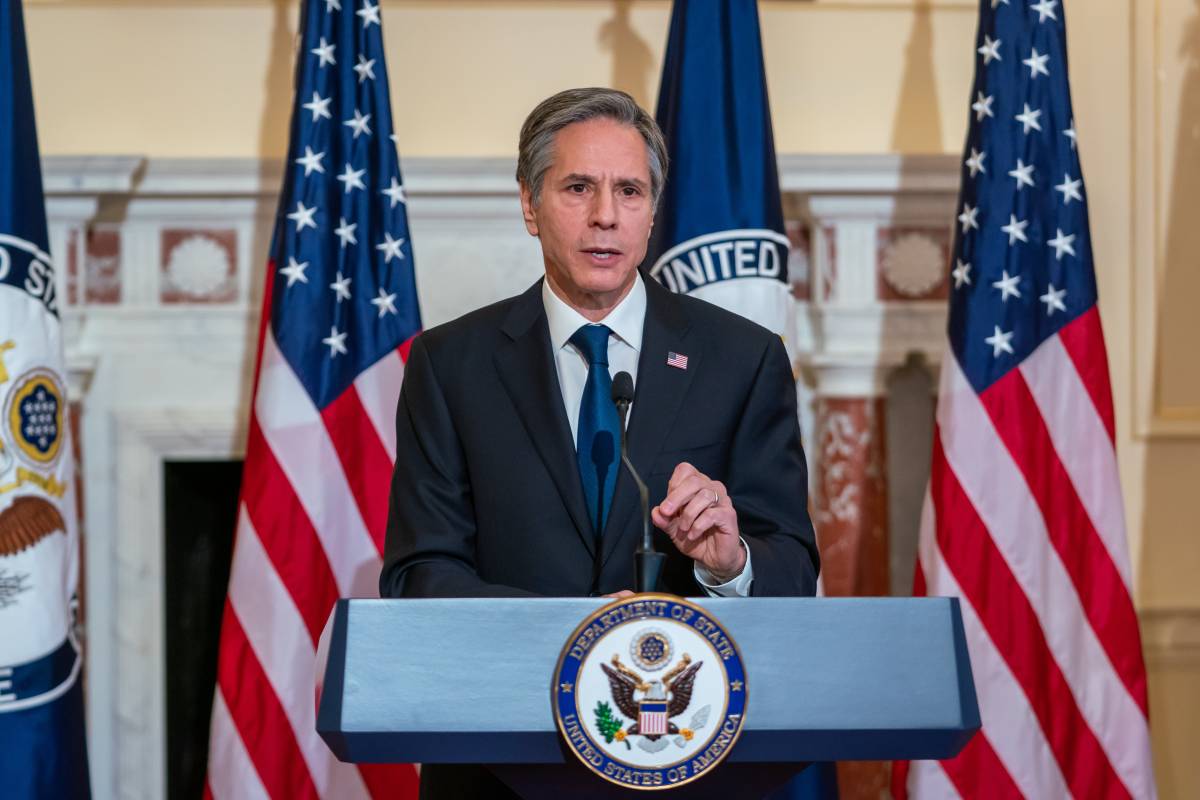 The White House is worried Iran could develop a nuclear weapon in weeks, press secretary Jen Psaki said on Tuesday, after Secretary of State Antony Blinken noted earlier in the day the country has accelerated its nuclear program.

“Yes it definitely worries us,” Psaki said, adding the time needed for Iran to produce a nuclear weapon is down from about a year.

Earlier, Blinken said the US still believes a return to a nuclear deal is the best path with Iran, amid a prolonged standoff in talks.

Facing criticism of the deal during an appearance before Congress, Blinken called the 2015 agreement imperfect but better than the alternatives.

“We continue to believe that getting back into compliance with the agreement would be the best way to address the nuclear challenge posed by Iran and to make sure that an Iran that is already acting with incredible aggression doesn’t have a nuclear weapon,” Blinken told the Senate Foreign Relations Committee.

“We’ve tested the other proposition, which was pulling out of the agreement, trying to exert more pressure,” he said.

The result, he said, is that the “breakout time” for Iran to develop a nuclear bomb if it so chooses is “down to a matter of weeks” after the deal pushed it beyond a year.

Former president Donald Trump pulled out of the agreement reached under his predecessor Barack Obama and instead imposed sweeping sanctions, including trying to stop other nations from buying Iranian oil.

President Joe Biden’s administration has been engaged in more than a year of indirect talks in Vienna on reviving the agreement, which had promised Iran a relief from sanctions in return for major restrictions on its nuclear work.

Both US and Iranian officials say that most points have been settled. Disputes appear to include Iran’s demand that Biden undo Trump’s designation of the clerical state’s powerful Revolutionary Guards as a terrorist organization.

At a time when the Iranian nuclear talks are about to reach an agreement, Iran and world powers have adjourned their talks, mostly over whether the US will remove Iran’s Islamic Revolution Guards Corps (IRGC) from its Foreign Terrorist Organisation (FTO) list.

While negotiations in the Austrian capital of Vienna stalled a year after they began, Tehran and Washington have ramped up their rhetorical war, demanding political decisions from the other side to bridge the final gap.

Iranian Foreign Minister Hossein Amir-Abdollahian on Thursday said his country “does not pay attention to excessive demands nor will it retreat from its red lines”.

Iran has so far insisted on its position with no signs that it may budge any time soon, said Iran’s English daily newspaper Tehran Times, adding that “in fact, the odds are currently against any change in Iran’s position.”

Such a firm approach to Vienna talks has recently been praised by Iran’s Supreme Leader Ayatollah Ali Khamenei, who “expressed his satisfaction with the resistance of the negotiating team to the other sides’ aggression and avarice,” according to his official website.

“The other side withdrew from the JCPOA (Joint Comprehensive Plan of Action) and broke its commitments. Now they feel helpless and have reached a dead end,” Khamenei said, referring to the 2015 nuclear deal.

According to the reports provided by Amir-Abdollahian and Iran’s Chief Negotiator Ali Bagheri Kani, “the red lines of the system have not been crossed in any way in the Vienna talks,” Jalil Rahimi Jahan Abadi, a member of the Parliament’s National Security and Foreign Policy Committee, was quoted by the official IRNA news agency as saying last week.

“The United States not only has not achieved anything since leaving the JCPOA, but even Iran’s position has become stronger and more coherent in recent years than when the United States was present in the JCPOA,” the Iranian lawmaker pointed out.

In the United States, following media reports that President Joe Biden’s administration has considered dropping the IRGC terrorist designation, more Congressmen have voiced opposition to any potential deal with Iran. It would be politically untenable to make such a concession to Iran, Biden’s advisers suggested.

“If they do not want to use these talks to resolve other bilateral issues, then we are confident we can very quickly reach an understanding on the JCPOA and begin to reimplement the deal itself,” he added.

Iran believes that the Trump administration’s move to designate the IRGC as a terrorist organisation was “politically motivated and designed to make it difficult, if not impossible, for the Biden administration to resuscitate the JCPOA,” according to Tehran Times.

Washington “does not seem to be ready to take the initiative in terms of concluding the Vienna talks. Quite on the contrary, it keeps sending signals that it is not ready to make the kind of political decisions Iran demands,” the newspaper said in a recent op-ed titled “US inaction could doom Vienna talks”.

“The US has halted progress for a nuclear deal. Biden is weak in dealing with political opponents,” Mohammad Marandi, an adviser to Iran’s negotiating team in the Vienna talks, tweeted recently.

Despite the war of words, “the diplomatic path is working properly, and we have not gone far from a good and lasting deal,” Amir-Abdollahiann said.

Meanwhile, Price said Washington is also prepared for a return to full JCPOA implementation, while EU’s mediators continued to send messages and work to bring the negotiations to a successful conclusion.

“Tehran and Washington are close to a deal, but both sides need to give and take to achieve the wider benefits” of a renewed JCPOA, Ellie Geranmayeh, a senior policy fellow and Deputy Head of the Middle East and North Africa program at the European Council on Foreign Relations, wrote in an article.

Since April 2021, eight rounds of talks, during which Iran and the US have negotiated indirectly, have been held in Vienna to salvage the 2015 nuclear deal, which former US President Donald Trump pulled Washington out of in May 2018 and reimposed sanctions on Iran, prompting Tehran to drop some of its nuclear commitments.