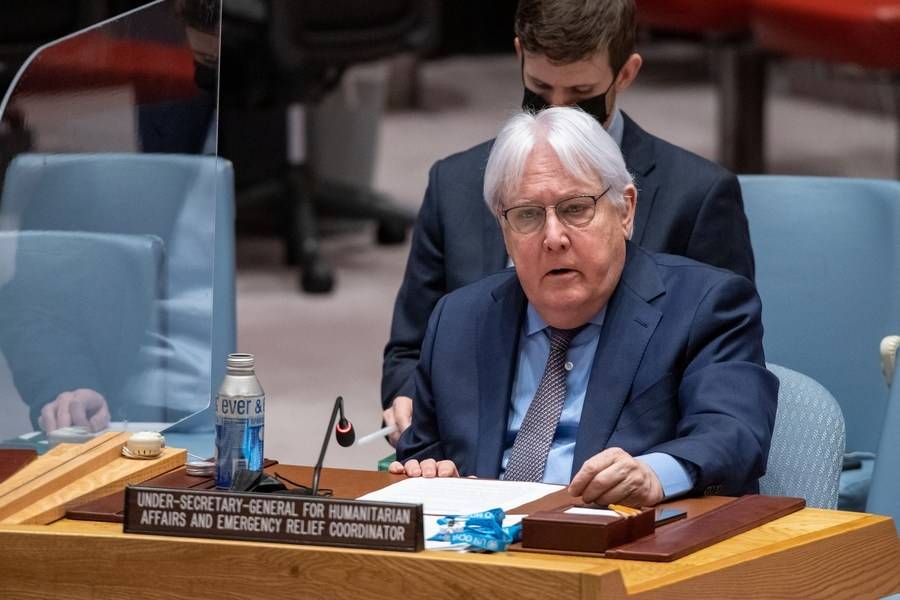 UN Undersecretary-General for Humanitarian Affairs, Martin Griffiths has warned that a lack of humanitarian funding in Yemen may undermine the current political momentum…reports Asian Lite News

The renewable two-month truce that the warring parties have agreed on is already having a positive impact on the humanitarian situation, he told the Security Council in a briefing on Thursday.

However, the humanitarian operation in Yemen remains underfunded, he said.

The UN in March raised $1.3 billion in pledges out of the nearly $4.3 billion needed, he added.

The UN official said despite newly announced pledges, including $300 million from Saudi Arabia, there is a funding gap, Xinhua news agency reported.

“Funding remains the biggest challenge of the response. There’s a serious risk that core programs across sectors, including food aid, water, health care, the support for the displaced, will keep scaling down … and eventually stop if funds don’t arrive,” Griffiths said.

“Allowing the aid operation to collapse would run directly counter to the very positive momentum that I think we’re right to honour and celebrate today. And so we’re going to do all we can to work with donors from our side to help ensure that these life-saving programs survive,” he added.

The UN continues to face serious access challenges in Yemen. In 2021, half of all people in need lived in areas affected by access constraints, primarily as a result of bureaucratic impediments.

They particularly affect female humanitarian workers and certain types of programming that are essential for the well-being and safety of women and girls — always the most vulnerable, always at the edge of any such impediments, he said.

“I continue to call on the parties to do everything possible to facilitate access to people in need in line with obligations under international humanitarian law and we must also address challenges (of) the safety and security of humanitarian workers,” said Griffiths.

Five months after their detention by the Houthi authorities, two UN staff remain in custody. Despite past promises to release them, they have not been set free, he added.

The UN is also continuing to make efforts to secure the release of five UN staff kidnapped in February, he said.