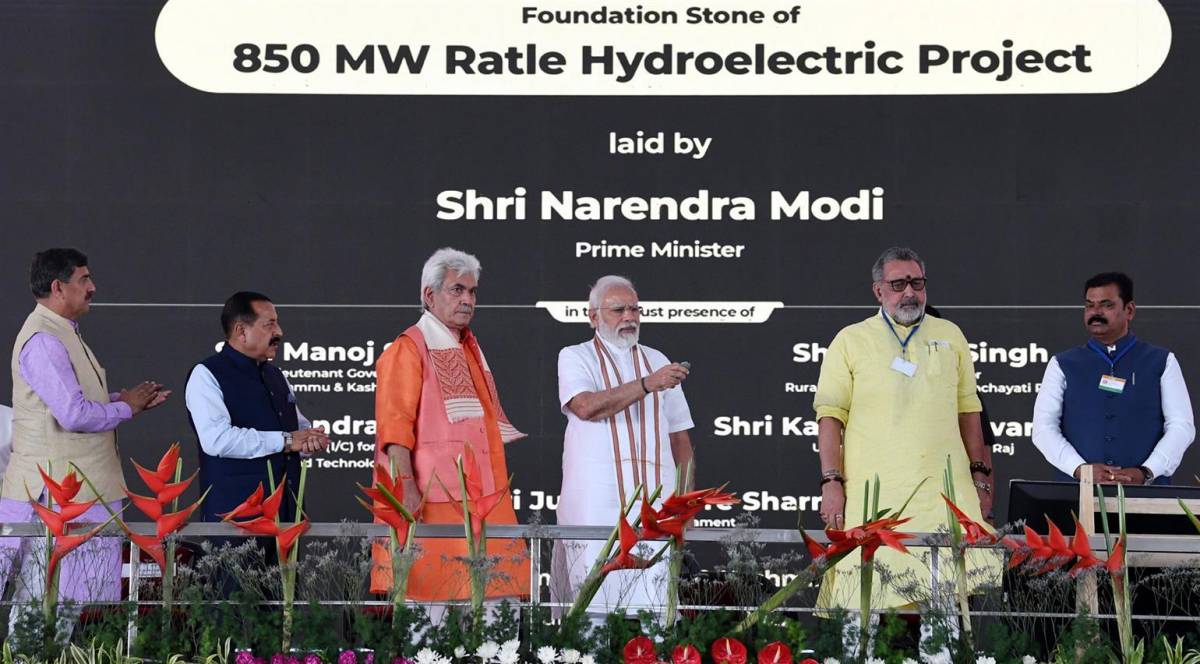 Modi inaugurated and laid the foundation of multiple development projects worth over Rs 20,000 crore in J&K, including the opening of the Banihal-Qazigund road tunnel

Prime Minister Narendra Modi on Sunday inaugurated and laid the foundation of multiple development projects worth over Rs 20,000 crore in Jammu and Kashmir, including the opening of the Banihal-Qazigund road tunnel to establish all-weather connectivity between the two regions of the union territory.

Modi, who celebrated the Panchayat Raj Diwas at Palli Gram Panchayat in Samba, said the youth of Jammu and Kashmir will get employment opportunities through overall development of the union territory.

This is the prime minister’s first visit to J-K after the abrogation of Article 370 on August 5, 2019.

“The inauguration and laying of foundation of project of Rs 20,000 crores took place today. This will give new impetus to development of Jammu and Kashmir,” Modi said in an address to the people here.

He said that it is a big day for speeding up the development of the region. “I congratulate the people of Jammu and Kashmir for this”.

“Rs 38,000 crores of private investment have been received in J&K in two years as compared to Rs 17,000 crores in last seven decades,” the prime minister said.

The central laws, which would empower people here were not implemented over the years, have been implemented by the present government, he said.

Prime Minister inaugurated the Banihal-Qazigund road tunnel to establish all-weather connectivity between the Jammu and Kashmir regions of the union territory.

The 8.45 Km long tunnel will reduce the road distance between Banihal and Qazigund by 16 Km and reduce the journey time by around one-and-a half-hours, officials said.

The Prime Minister also laid the foundation stone of three road packages of the Delhi-Amritsar-Katra Expressway, being built at a cost of over Rs 7,500 crore, apart from launching ‘Amrit Sarvor’ initiative seeking to develop and rejuvenate 75 water bodies in every district of the country.

In order to further expand the network of ‘Jan Aushadi Kendras’ in Jammu and Kashmir, and to make good quality generic medicines available at affordable prices, 100 centres were inaugurated by the Prime Minister. These centres are located in remote corners of the union territory.

PM also handed over ‘SVAMITVA’ (survey of villages and mapping with improvised technology in village areas) cards to beneficiaries under the scheme. The cards will give villagers documentary proof of their ownership of properties so that they can use them for financial benefits if required.

He also digitally transferred prize money of Rs 44.70 crore to the bank accounts of 322 awardee Panchayats across 31 states/UTs in the country which are winners of awards given across different categories.

The prize money ranged from Rs 5 lakh to Rs 50 lakh.

The OM said that the idea of ‘Ek Bharat, Shreshtha Bharat’ is to bridge distances between different parts of the country.

Addressing a mammoth rally at Palli Gram Panchayat in Samba district, Modi said, “The day is not far away when the Devi of Kanyakumari will meet Vaishno Devi with a single road.

“When I speak about ‘Ek Bharat, Shreshtha Bharat’, our focus is on connectivity and bridging distances. Our aim is to provide all-weather connectivity to J&K.

“Work is going on at fast pace to give new impetus to development of Jammu and Kashmir which is also an example of ‘sabka saath, sabka vikas,” Modi said.

Speaking of the recent boom in tourism industry of Kashmir, the Prime Minister said that tourism is also thriving in the valley again.

Speaking about the transparency in the functioning of the government, he said, “Earlier, a file that was initiated for the development of J&K took 2-3 months to reach the state, today, it reaches the state within three weeks.”

He said many investors have now come forward to invest in J&K and this would give an impetus to both employment and industry here.

“A new story of development is being written in Jammu & Kashmir. Many private investors are interested to come to J&K,” he said.

“All the schemes of the central governments are being implemented in the Valley. People are using the schemes to their benefits,” he said.

Talking about the devolution of power to the grassroots level in the country that has become possible because of the empowerment of the Panchayati Raj, he said, “It is a matter of great pride that democracy has reached grassroots in Jammu and Kashmir.

“I greet everyone on National Panchayati Raj Day. Today is a big day for Jammu and Kashmir”, he said.

“Today, Jammu and Kashmir is presenting a new example for the whole country. In the last few years, Kashmir has created a new dimension for law and development.