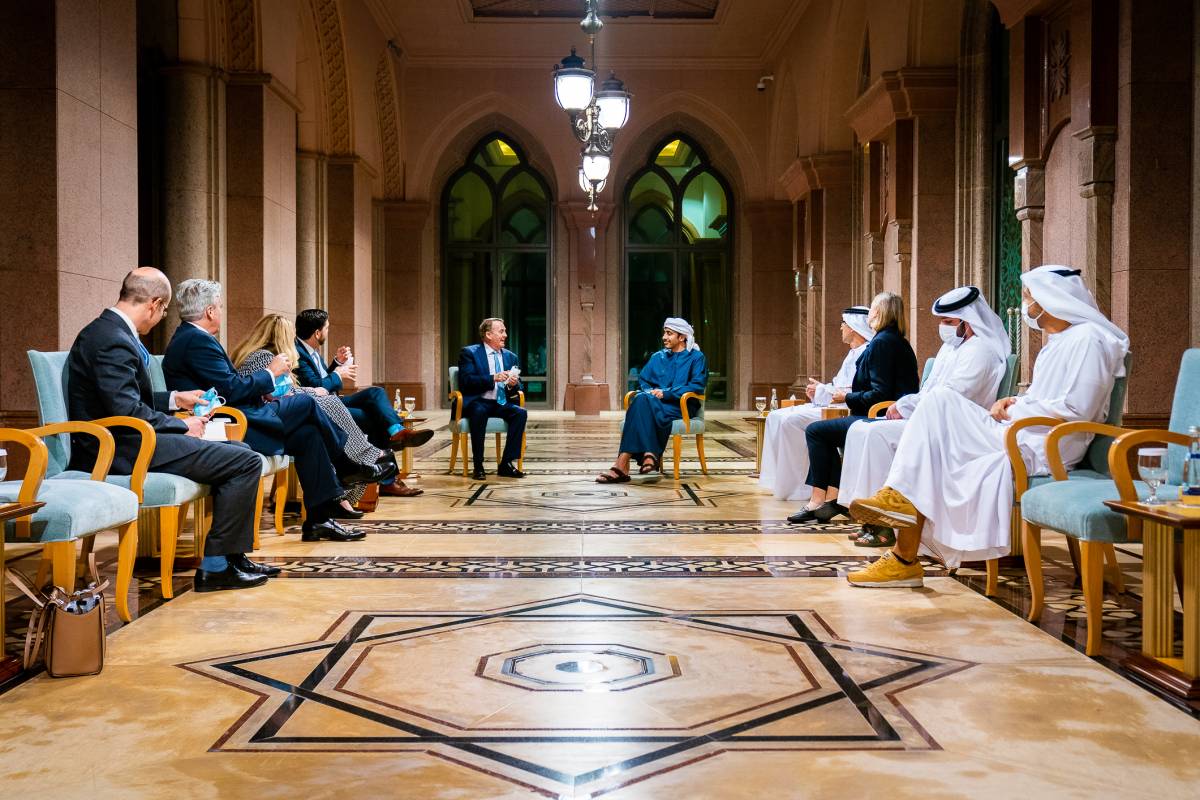 The sides discussed the group’s efforts to support the implementation of the Abraham Accords in the region, and promote tolerance and coexistence…reports Asian Lite News

His Highness Sheikh Abdullah bin Zayed Al Nahyan, Minister of Foreign Affairs and International Cooperation, received a high-level delegation from the UK Abraham Accords Group, a non-profit organisation that aims to support the implementation of the historic Abraham Accords in the Middle East.

During the meeting, the sides discussed the group’s efforts to support the implementation of the Abraham Accords in the region, and promote tolerance and coexistence.

The meeting also explored enhancing strategic ties between the UAE and the UK and their cooperation and coordination to promote security and stability in the region.

Sheikh Abdullah welcomed the delegation’s visit, lauding their positive and tangible contributions to supporting the peace accords in the Middle East.

He also commended the group’s work, which led to the signing of a cooperation agreement with Sharaka, a non-profit organisation founded by youth from the Gulf Cooperation Council (GCC) countries and Israel.

He stressed that peace contributes to building bridges of tolerance and coexistence among peoples and meets their aspirations for development, progress and prosperity.

Capitalising on the Abraham Accords will help improve security in the region, establish stable communities and ensure a brighter future, Sheikh Abdullah added.

During the meeting, Sheikh Abdullah underscored the longstanding historic relations between the UAE and the UK and their keenness to enhance ties and cooperation in all areas.

The meeting was attended by Mansour Abdullah Khalfan Belhoul, UAE Ambassador to the UK.