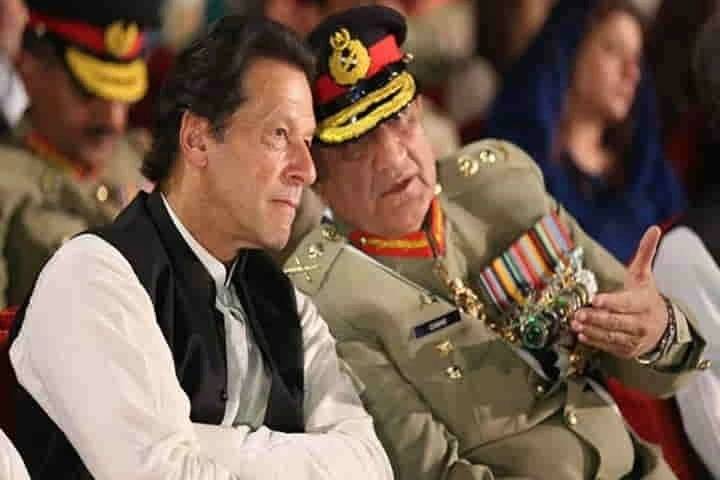 The selected prime minister is also facing exit without completing his term. The country which is going to celebrate 75th Independence Day on August 14 is a state ready to fail due to corruption and inner contradictions … writes Dr Sakariya Kareem

Pakistan’s anti-corruption watchdog the National Accountability Bureau (NAB) has initiated proceedings against retired four-star General Ahsan Saleem Hayat and senior officials of a logistics organisation.  The allegation against him was that he was running an illegal crude oil business that caused a loss of Rs. PKR 20 million per day to the national exchequer.

The case of running an illegal crude oil business had led to the dismissal of 17 officers by the military authorities on January 26, 2005.  Another case against Ex-Major Akaram Raza was filed for running an illegal oil business.  Raza petitioned in 2015 before the Lahore High Court (LHC) that he was a ‘whistle blower’ and not a party to the crime and that National Logistics Cell (NLC) administration kept on pressurizing him to cooperate with the crude oil mafia and failing which threatened with dire consequences.  The LHC directed the NAB  in 2019 to proceed in this case in accordance with the law.

The episodes of corruption cases against the officials of Pak armed forces are cropping up one by one.  The recent (March 2022) leak of data from Credit Swiss, a Swiss investment bank, has again brought to light the extent to which greed and corruption run amok in the Pakistan Army, especially among the Generals.  A report from the bank has implicated the Ex-ISI Chief, General Akhtar Abdur Rehman Khan, who reportedly helped funnel billions of dollars, in cash and other aid from the United States and other countries to the Mujahedeen in Afghanistan to support their fight against the Soviet Union in the 1980s.  The Times of Israel claimed that the leaked documents touch only the tip of the icebergs as far as how much the top Generals of the Pakistan Army skimmed in the name of the Holy War against the Soviet occupation of Afghanistan.

The report asserted that the motto of the Pakistan army officers seems to be “Greed is God”.   There are innumerable scandals and sordid stories of financial bungling, bribery, extortion, influence peddling by serving and retired Generals for personal profit.  There are also reports of their involvement in smuggling rackets and narcotics trafficking.

It is not new.  In the 1990s, then Army Chief Aslam Beg and ISI Chief Asad Durrani proposed to start their own narcotics business to fund the ‘jihad’ against India and Afghanistan, as also other parts of the world.  It is suspected that many Pakistani Generals and bureaucrats have had secret Swiss Bank accounts with some of these accounts getting closed later because the money was either moved elsewhere or invested in business or property. The report cited the example of General Rehman’s sons who are one of the richest families in Pakistan with vast business interests.  Another example is Army Chief General Ashfaq Kiyani’s brothers involved in a multi-billion rupee housing scandal in Islamabad.

A Quetta corps commander Lt. Gen Asim Saleem Bajwa was called by the name “General Papa Jones” or “General Pizza” after an expose of his millions of dollar investment in Papa Jones Pizza Chain in the US and lucrative contract was given to his son while he was serving as the head of Inter-Service Public Relations (IBPR).  The same kind of allegations had been posted against former army chief Raheel Sharif and General Pervez Musharraf for amassing illegal property by using their clout.

Pakistan state has three power centres namely, the elected government, the Armed forces and Pak intelligence agency, the ISIS, all of them claiming that they could sacrifice everything for the country.  Reality is that they have together sacrificed their own ‘conscience’ and ‘character’ on one hand and people’s interest on the other

Pakistan state has three power centres namely, the elected government, the Armed forces and the Pak intelligence agency, the ISIS, all of them claiming that they could sacrifice everything for the country.  The reality is that they have together sacrificed their own ‘conscience’ and ‘character’ on one hand and people’s interests on the other.

The Pakistan state is an agglomeration of unscrupulous interest groups which are more interested in extracting personal rentals from power, while Pak people are being denied even the basic minimum needs of life. Jihad has become a veil under which all the powerful people including state and non-state actors in Pakistan are betraying their own people.

The economy is on the verge of collapse and democracy is under threat due to conflict among the power centres.  Imran Khan is at the exit door.  Who comes next in the reign in the state, which is waiting to fail, is being watched with curiosity. However, it is doubtful that things would change as long as the state is not separated from the influence of armed forces and the ISI.